Since 1969, the Nashville Film Festival has been bringing the art of cinema to Music City, and the 2021 edition carries a simple slogan of “Film/Music/Culture”. The virtual and in-person programming lives up to this description, with the 52nd NFF presenting a curated selection of V.R. content, musical performances, industry panels, and, of course, narrative and documentary features and shorts. Some have Nashville roots, others are from far-flung corners of the world, and there’s even a few fall festival critical favorites thrown in to boot. This year, The Lens will be covering a selection of films from NFF, which runs Sept. 30 through Oct. 6.

Queer folks have been through the ringer following the strides that were made during the Obama administration. That era featured several steps forward, but in the years since, it’s been miles back (as it has been for most marginalized people). Transgender people – particularly BIPOC ones – continue to face lethal violence just for stepping outside their homes. For them, restrictive and harmful bathroom bills have also reared their ugly heads throughout the States. The right to gay marriage seemed like a sealed deal when the Supreme Court handed down their ruling for Obergefell v. Hodges in 2016, but right-wing lawmakers are now making attempts at chipping away at the decision.

What has gotten better for queer people is the ability to share their stories. While access to the internet is still an issue for lower economic classes, those with that ability now have a platform that was previously restricted to other forms of media typically not controlled by them. For queer filmmakers, the digital camera has presented more affordable means of production. Although their films are still often relegated to “specialty” status elsewhere, events like the Nashville Film Festival are able to highlight known and emerging queer voices and stories, whether they’re enlightening, empathetic, transgressive, or – more precisely and freeingly – whatever they strive to be.

Tony Zosherafatain’s docu-series Trans in Trumpland tends towards those first two descriptors, expertly detailing the backslide in queer rights in the Trump era. The first four 30-minute episodes are presented here in a single program, each detailing the life of a trans person in the States. “North Carolina” zooms in on Ash, a high school student whose trans identity has presented nearly innumerable obstacles, including his state's infamously cruel anti-trans bathroom bill, HB2. Rebecca is a Mexican immigrant in “Texas” who lives on the border. She’s well positioned to tell an intersectional story of trans people who immigrate to the U.S., a topic that largely goes undiscussed elsewhere. Evonne is a Black trans woman who works as a drag performer, and “mother” to many through her drag family and her trans support organization in Mississippi. “Idaho” subject Shane is an openly two-spirit soldier fighting for trans rights through his military platform.

Zosherafatain is positioned within each episode as a travel guide and truth-seeker. He is a trans person himself, but he still doesn't have all the answers – and can’t. He just doesn’t live at the same intersections as his subjects. What’s fascinating about Trans in Trumpland is the entry point he provides, through which the audience might learn and empathize. Although the production is grade-A with expert camerawork detailing these people in their communities, the overall result is typical television doc. However, the director isn’t trying to start a revolution with form, he’s trying to win it with content.

As See You Then begins, this narrative feature also feels remarkably familiar. Kris (Pooya Mohseni) and Naomi (Lynn Chen) are reuniting after some time apart. They’re old friends finally catching up at dinner, but they’re also just different people now. Naomi mocks Kris for ordering a salad. In college, Kris had an all-meat and -junk diet. Eventually, the two talk more seriously, revealing to the audience that the two women dated before Kris’ transition. Over the course of the night, which makes up nearly the first half of its brief 74-minute runtime, other long-buried resentments and secrets are revealed. The set-up is tried and, well, made tired by the myriad features and shorts with similar narratives that sometimes act as filler for film festivals. Unfortunately, director Mari Walker’s feature debut feels just like that.

As a device, the newly reunited two-hander narrative can work when handled creatively and with incisive writing. Mari Walker’s feature debut doesn’t exactly lack that – particularly when Naomi’s micro-aggressions towards Kris’ trans identity boil to a head – but Walker and co-writer Kristen Uno rely on cliched exchanges that their relatively engaging performers can’t really improve. Still, there’s a truth in their relationship and in Kris’ experiences that feels palpable and necessary to speak. With that, See You Then also permits a trans character to be sexy and sexual, to be humane and not solely just The Trans Character.

Originality isn’t a problem plaguing doc feature Socks on Fire. On the contrary, what ails it is director Bo McGuire’s occasional indulgence in overwrought visual metaphors and lyricism. Like Travis Wilkerson’s outstanding personal essay-cum-social indictment Do You Wonder Who Fired the Gun? (2017), McGuire’s film mixes narrative and documentary elements to tell the story of his small town Alabama upbringing and troubled family history. Here, the issue is not one of the racial violence throughout U.S. history, but one of queer identity and how anti-queer hate is inherited and manifested even by those closest to them.

McGuire grew up the son of a mother who had a tight bond with her immediate family. His childhood memories are filled with fond recollections of being around aunts, uncles, and cousins, and he was especially close with his mother’s sister Sharon. She became something of a second mother to McGuire, until she decided to take legal recourse against her own brother, seemingly because of his sexuality and occupation as a drag performer. They don’t speak anymore, but the director's filmic document is a missive directed at her. He addresses her through poetic narration, his southern drawl and twists of phrasing intact. While these sections are sometimes a little try-hard, others succeed at building each member of the clan with clarity. Socks on Fire is filled with creative devices, the best of which contains local drag performer Chuck Duck, who the director enlists to play a fictive version of Sharon. It’s an exercise to attempt to understand the deep-seeded biases that motivated her to split up the family, and an even better act of revenge towards a bigot. 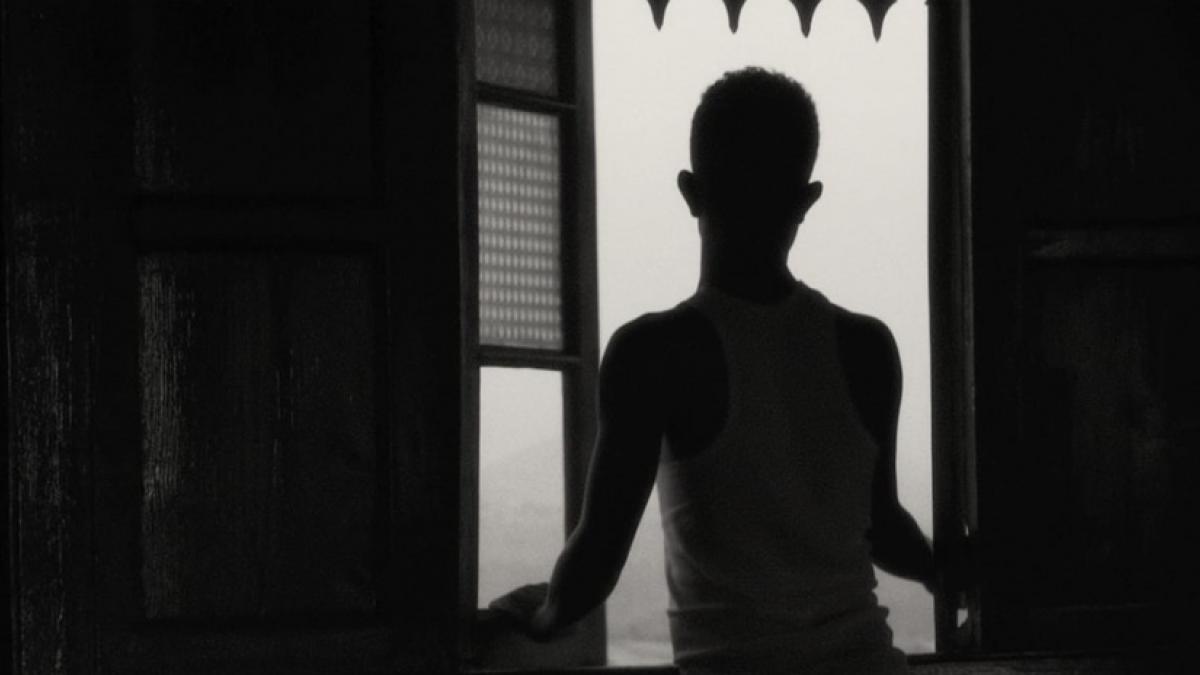 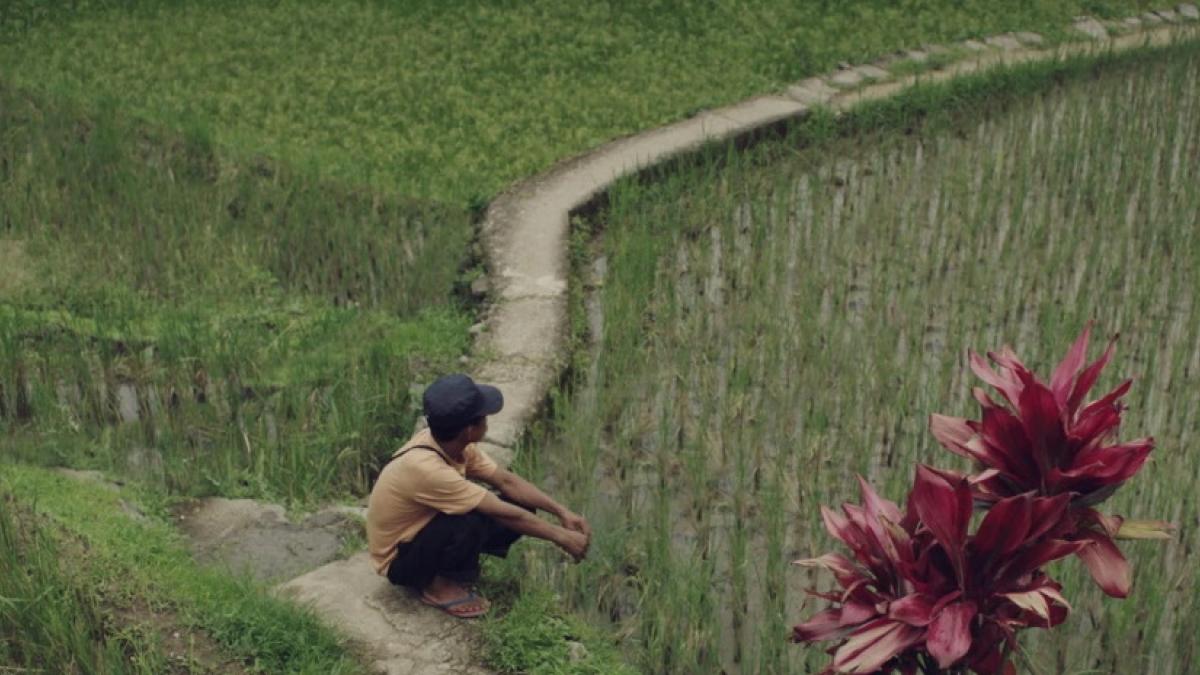