In 1958, Orson Welles put the final nail in the coffin of the film noir proper – American crime films being retroactively labeled as such by the fruitful brains of post-WWII French critics – with his exquisitely skanky Touch of Evil, but the genre’s blueprints have been used by countless filmmakers since, consciously or not. The girl-and-a-gun melodramas were born out of the confluence of two trends: European directors defecting to Hollywood during the rise of fascism; and domestic anxieties regarding similar reactionary forces at home. Some critics – noir dabbler Paul Schrader among them – have pointed to the German Expressionism-inflected high-key visuals and the lack of consistent story elements to argue that film noir is a style rather than a genre. Nevertheless, such films are almost exclusively concerned with the dregs of society, people who become entwined with vast conspiracies that have predetermined their typically deadly fates.

In the past five years, Chinese director Diao Yi'nan has delivered a great noir one-two punch: winning the Golden Bear for Black Coal, Thin Ice at the 2014 Berlin Film Festival and then premiering The Wild Goose Lake in competition earlier this year at Cannes. When Welles sent that ticking time bomb across the Mexican border in Evil, the genre exploded into the post-modern, with filmmakers building on a framework that allows for exposés of buried-deep societal malignancies ravaging their way the very systems that support them. Diao’s two most recent works belong to this long line of neo-noirs, films that have largely overtaken their original influences in the popular consciousness. Roman Polanski went retro in Chinatown (1974) to reveal the depths to which absolute power corrupts absolutely, while Robert Altman updated a Raymond Chandler thriller in The Long Goodbye (1973) to lambast New Age culture in Southern California. Ridley Scott’s Blade Runner (1982) took the genre into the future to touch on raw nerves about technology and identity. Even this year, Steven Soderbergh remixed it in his underrated sports drama, High-Flying Bird, to explicate the far-reaching grasp of corporations over marginalized people.

The Wild Goose Lake completes a trilogy of neon-tinted Chinese neo-noirs released stateside this year, the other two films being Jia Zhangke’s Ash is Purest White and Bi Gan’s Long Day’s Journey Into Night. While those play in the noir sandbox, creatively deconstructing the genre’s tropes to realize portraits of loss, memory, and personal and national identity. Diao largely sticks to the established genre script, with his latest resembling vintage wanted-man-on-the-lamb thrillers like Nicholas Ray’s They Live By Night (1948) or Carol Reed’s Odd Man Out (1947). However, to label The Wild Goose Lake as a simple retread – or even homage – is to do an injustice to the filmmaker who’s made a politically astute actioner that’s equal parts melancholy melodrama and bullet ballet.

Borrowing the punch-drunk surrealism of sleeplessness in Welles’ final Hollywood foray, The Other Side of the Wind (2018), Diao’s finds its protagonist, the stoic syndicate boss Zhou Zenong (Ge Hu), bleeding to death while searching for his estranged wife, Yang Shujun (Regina Wan). The lead in his gut is courtesy of a rival gang of motorcycle thieves, whom he dared to challenge after their territory-planning meeting descended into brutal, Looney Tunes-style violence. Zhou has accidentally killed a cop in the process and the clock is ticking on who finds him first: the local police; Yang, who can claim a reward for turning him in; or the Grim Reaper. Along the way, he’s aided by Liu Aiai (Lun-Mei Kwei), a “bathing beauty” (code for sex worker) from the titular neighborhood -- this film’s personification for the nadir of human despair and trauma, much like Polanski’s Chinatown.

Like all great noirs, The Wild Goose Lake isn’t just a shoot-’em-up about cops and robbers. As in his previous effort, Diao is as concerned with the human condition – specifically the people of mainland China and the political and socioeconomic systems that devalue them – as he is in carefully constructing grimily ornate set-pieces. Throughout, the director suffuses the corners of his frames with oppressive police surveillance -- an omnipresent governmental eye concerned not only crime prevention and detective work but also ensuring that the underprivileged remain so. When, in the end, two characters finally break out of the systemic hamster wheel that marginalizes them, the film rightfully questions their next step. What is it that really unites them: their societal disconnection, their success, or – perhaps worst of all – their ambivalence? 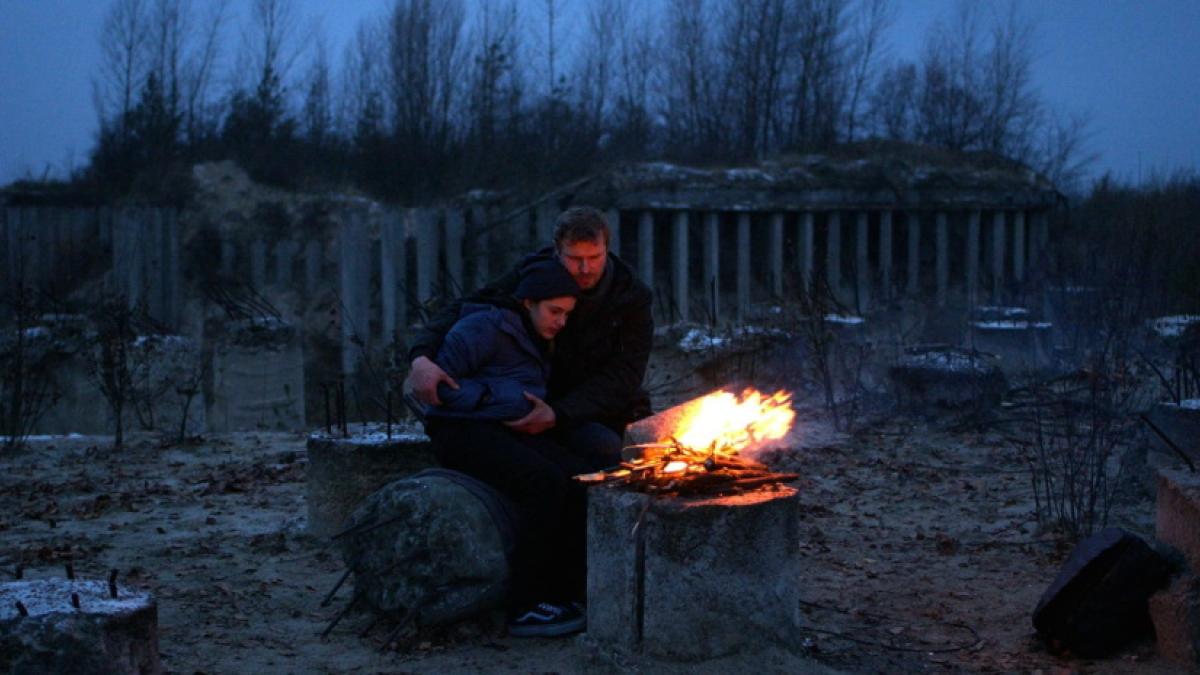