AppleTV+'s Best-Kept Secret Is a Disturbing Study in Grief, Guilt, and Denial

Note: This post contains spoilers for the first episode of Servant.

For horror aficionados, there are few story attributes that are as cherished as unpredictability. To be sure, there’s an undeniable pleasure to be found in a sharply crafted exercise that hits all the right beats and sticks the landing. However, jaded horror fans are often so conversant with the genre’s tropes that even a well-executed dalliance with ghosts, demons, or serial killers can still feel a bit ho-hum. When a film or show comes along that stubbornly defies attempts to predict its fearsomely ambiguous trajectory, it can feel like a revelation. Such is the case with British writer Tony Basgallop’s disturbing creation, Servant, a slow-boil psychological horror series that proves as slippery as an eel in its death throes. Although exclusive to Apple TV+, Servant is so good, it’s arguably worth trying out the streaming service for a month just to experience this one show’s wicked delights.

The series’ setup is the sort of irresistible Twilight Zone premise that is guaranteed to get its hooks in a certain stripe of genre enthusiast. Wealthy Philadelphia couple Dorothy and Sean Tuner (Lauren Ambrose and Toby Kebbell) have recently hired a live-in nanny for their first-born infant son, Jericho. The new caregiver, Leanne Grayson (Nell Tiger Free), is a quiet, severe young woman, just 18 years old and skinny as a stork. There is something inexplicably off about Leanne: She dresses like a Mormon youth chorister and exudes a bland, farm-girl guilelessness, but there is a creepy intensity behind her sensible-shoes demeanor. She smiles a little too widely and blinks a little too infrequently. Still, the otherwise very particular Dorothy – an old-money Philly WASP who enjoys good wine and being the center of attention – sees something in Leanne, an indefinable quality that puts her sufficiently at ease to wind down her maternity leave and return to her job as a local television anchor.

When Leanne arrives at the Turner house with her meager possessions, however, Sean sits her down and lays out the grim reality of the situation. In truth, Jericho died at 13 weeks of age, and Dorothy has been caring for a reborn doll as if it were her infant son. What began as a short-term therapy exercise to help Dorothy process her grief has now metastasized into a full-blown delusion, as she no longer seems to be aware that her flesh-and-blood child is dead. Rather than immediately turning Leanne out of the street, Sean proposes to pay her a nominal fee to go through the motions of caring for the doll for a few days, if only to protect Dorothy’s allegedly fragile psyche. For her part, Leanne seems completely unfazed by this revelation, and promptly sets about familiarizing herself with “Jericho’s” needs and the household’s layout and schedule.

Sean works out of his home as a consulting chef – a bad-boy molecular gastronomist, complete with the requisite tattoos and hyper-perfectionism – so he ultimately has more opportunity than Dorothy to observe Leanne’s strange behavior. The nanny never drops the charade, even when she and Sean are the only ones in the house, dutifully attending to “Jericho” in a gentle, skillful way that belies her relatively young age. Sean is puzzled and more than a little annoyed by how readily Leanne embraces his wife’s delusion – and by the nanny’s pious, childlike habits. Every night Leanne eats a grilled cheese sandwich and a bowl of condensed tomato soup for dinner and then says her prayers while kneeling beside her bed. She makes cryptic notes in the margins of her well-thumbed Bible and hangs a strange cornhusk cross above the doll’s crib. Sean vents his bafflement at the whole situation over drinks with Dorothy’s younger brother, Julian (Rupert Grint), a cocksure financier who cynically concludes that Leanne is a grifter who aims to somehow exploit the Turners’ grief for her own purposes.

So far, so good: Servant would be an overly familiar but stylish thriller if it were simply about a sinister nanny infiltrating a household to enact her mysterious schemes. However, in the first episode’s climactic reveal, Basgallop’s series abruptly mutates into something else entirely. While checking on “Jericho,” Sean finds not the doll but a very real human infant lying in his deceased son’s crib. It’s exactly the sort of flabbergasting twist that sways viewers to binge an entire season in one sitting, if only to find out how the hell this development is eventually explained. However, Servant’s power as a wickedly volatile work of horror storytelling goes beyond the surface-level allure of shocking plot swerves. Sean’s discovery that his plastic proxy child has been replaced by a flesh-and-blood infant embodies the queasy, nightmarish ambiguity that characterizes the series. Straightaway, Sean (and the viewer) begins to speculate madly on the possibilities. Is this baby a victim in some convoluted kidnapping scheme? Is someone gaslighting the Turners? Is it the work of black magic? Is Sean, in fact, losing his goddamn mind?

Rather than definitively answering these and other questions, Servant spends all 10 episodes of its first season complicating them and heightening the sensation of hidden menace and inexorable doom. The show’s mysteries divide and subdivide like an unholy fractal, its whorls continuously forming new, hideous shapes. It’s a testament to the talents of Basgallop and his collaborators – including executive producer M. Night Shyamalan, who directs two episodes – that this approach is (so far) devilishly absorbing rather than exasperating. Crucially, Basgallop never seems to be dragging things out just for the sake of hitting his episode quota. Each chapter digs deeper into the characters’ personalities, motivations, and hidden traumas, finding overlooked rot with every shovelful of fetid earth. Just when the viewer thinks that they’ve (mostly) sorted out what the hell is going on, the ground shifts again, revealing new threats and realigning their understanding of the story.

It helps that Basgallop has a core group of fantastic performers, all of them well attuned to the series’ unnerving mood and unexpectedly profound anguish. Ambrose does brilliant work, painting Dorothy as a brittle, self-absorbed caricature of a wealthy wine mom while incrementally revealing the pain, doubt, and guilt underneath the mask. The perennially undervalued Kebbell is in typically fine form as a husband who is haunted by his failures and shortcomings. His performance is straightforward but elegant, conveying without overstatement how Sean channels his anger into his baroque culinary creations and his professional reputation as an impossible-to-please bastard. At first, Free – best known in the U.S. for playing Myrcella Baratheon on Game of Thrones – seems to have the easier task of the three leads. She initially portrays Leanne as an inscrutable, off-putting weirdo, but gradually she pulls back the curtain on a more rounded, fascinating, and sympathetic character.

That said, none of the actors gets to shine quite like Grint, whose performance and character arc personify the show’s strongest attributes. Julian initially comes off as a shallow, cartoonish character – a hedonistic, alpha-male jackwagon who delights in tweaking everyone around him. Yet Grint smuggles in hints of the cagy resolve and clammy anguish that eventually become essential to the character. (Much like Freddie Miles in The Talented Mr. Ripley – played by fellow ginger Philip Seymour Hoffman – Grint’s character might be a smarmy, privileged asshole, but he is also fiercely loyal and justifiably suspicious.) Indeed, Grint gets to step into a lead role during a key late-season episode: a long, frantic night in which the truth about little Jericho’s death finally starts to emerge from a murk of denial. The evolution of a potentially one-note character into a compelling player in the series’ strange, deeply upsetting drama is emblematic of Servant’s affinity for teasing unexpected emotional richness and moral complexity from its grotesque scenario.

The series might be Basgallop’s creation, but Shyamalan’s role as a producer and director has a palpable effect on its look, sound, and overall ambiance. Set and shot in the director’s native Pennsylvania, the show shares the tingly, foreboding atmosphere that characterizes Shyamalan’s more overtly horror-leaning films (The Sixth Sense, The Village, The Visit, Split). The first season’s other directors – which include television stalwart Danel Sackheim, crossover veteran John Dahl (Red Rock West), and filmmaker Nimród Antal (Vacancy) – seem to draw some inspiration from Shyamalan’s style, favoring intense close-ups of the actors and a scrupulous approach to framing and composition. Although Basgallop has a better grasp of dialogue than Shyamalan, Servant never quite sheds the heightened sensibility of a pulp paperback. That said, its characters at least feel believably human underneath the clichéd, public-facing shells they have built around themselves.

Servant is essentially a single-location series, unfolding entirely within and around the Turners’ tastefully appointed Philadelphia townhouse. Basgallop often uses local news broadcasts, home videos, and Facetime calls to venture outside the walls of the Turner home – a very Shyamalan touch, that – but the series is, for the most part, confined to the house. This proves to be a fantastically evocative setting, for much like Roman Polanski’s “apartment trilogy” (Repulsion, Rosemary’s Baby, and The Tenant), Servant is constructed on a foundation of claustrophobic urban anxiety and paranoia. Rather than pacing in circles in a cramped flat, however, the characters are rattling around in a bastion of old-money affluence. It’s no coincidence that Dorothy’s newscasts are fixated on the bogeymen of upper-class city-dwellers: violent crime, homelessness, feral animals, failing infrastructure, and the specter of declining property values.

The crisply conveyed layout and eccentric details of the Turner home – the blandly cozy nursery, the extravagant kitchen, the musty wine cellar, the secret side entrance – become crucial to Servant’s potency. They create a vivid yet tangible stage on which its terrors play out, permitting the series’ directors to revisit the same spaces and design elements in differing contexts over the course of the season. As with Bryan Fuller’s Hannibal (2013-15), the series also has a fetishistic fascination with gourmet cuisine that allows for decadent visuals and an added layer of thematic resonance. The wild, experimental dishes that Sean prepares – and eventually cajoles Leanne into taste-testing – are fascinating, but they also echo the series’ emotional narrative in subtle ways. Acclaimed Philadelphia chef and restaurateur Marc Vetri consulted on the design of the show’s cuisine, and that extra touch of artistic boldness really shines through. (Lobster ice cream! Candied crickets! Placenta-stuffed canapés!)

However, what truly makes Servant linger is not the outlandish foodstuffs but how all the series’ components coalesce into disturbing study on the cruel endurance of grief, guilt, and trauma. Like rats scuttling through the crawl spaces or the expanding patch of black mold on the bathroom ceiling, people would often prefer to ignore their most painful psychological demons right up to the point where they become intolerable. For the show’s characters, the depth of their denial is proportional to the agony that they are trying to repress, but the strain of maintaining that denial is its own flavor of agony. Adding suffering on top of suffering just ensures that the eventual collapse, when it arrives, will be catastrophic. Although Basgallop’s series deals with the sort of unthinkable tragedies and appalling violations that will (hopefully) be outside most viewers’ experiences, they are merely one end of a continuum. Everyone has memories they would prefer not to recollect, fears they would prefer not to acknowledge, and sins they would prefer not to confess. Eventually, however, everyone must reckon with the dry rot hidden under the floorboards – or the carrion putrefying on the table in plain view of the partygoers.

Season 1 of Servant is now available to stream from Apple TV+. 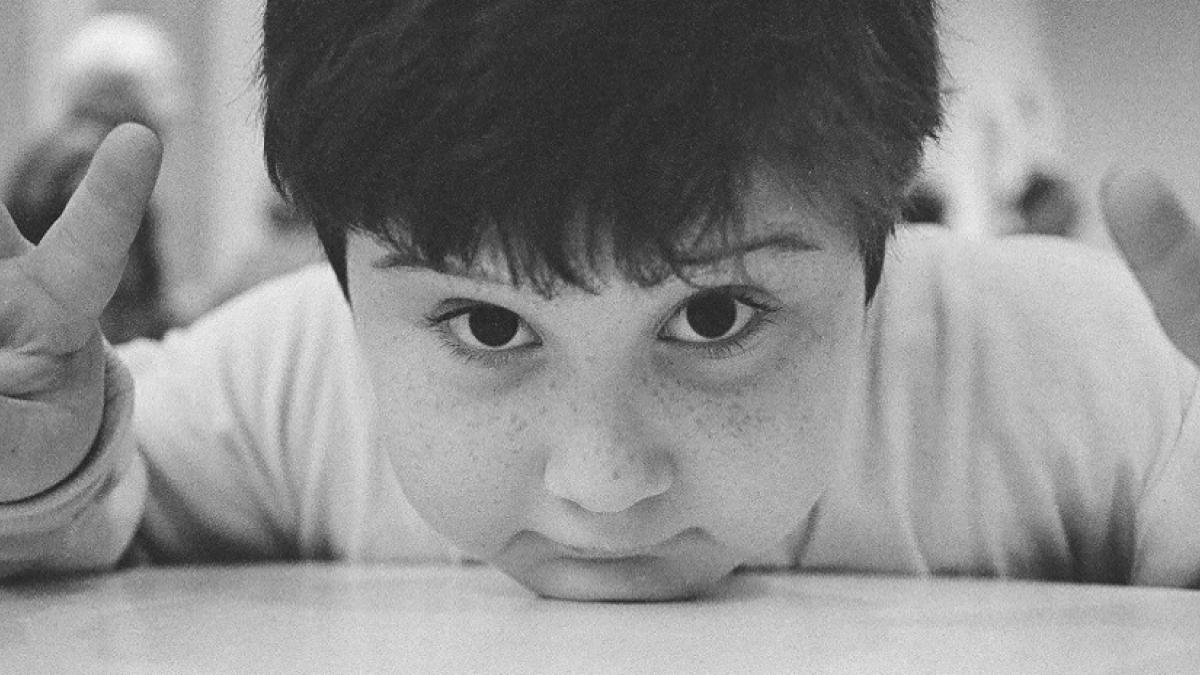