A chilly psychological drama draped in vivid art-horror vestments, Małgorzata Szumowska’s The Other Lamb prefers bold-stroke characterization and skin-crawling atmosphere over lucidity. It’s the sort of feature in which clear world-building and even basic narrative intelligibility are plainly less important to the filmmakers than conveying a suffocating, vaguely otherworldly aura of oppression and violence. In part, they achieve this by treating the film’s scenario with excessive coyness, permitting the contours of the situation to emerge only gradually.

Granted, it’s obvious from the opening shots of The Other Lamb that there’s something profoundly bizarre and repulsive about the patriarchal, cult-like enclave that Shepherd (Michiel Huisman) has created deep in the wilderness. Women in modest, rough-spun dresses perform all the labor, including caring for the small herd of sheep and the community's young children (all of them girls). The women are divisible into “Mothers” and “Daughters,” their caste indicated by their burgundy and teal attire, respectively. The Mothers are generally older and appear to comprise a harem of sorts for Shepherd, although it’s unclear if the relationship between Mothers and Daughters is literal. The youngest Mothers are roughly the same age as the oldest Daughters, and this fact only heightens the quasi-incestuous resentments that simmer underneath the enclave’s veneer of fundamentalist piety.

The viewer’s entry point into this strange, hermetically sealed existence is Selah (Raffey Cassidy), an adolescent Daughter who appears to be Shepherd’s literal progeny, via one of the first Mothers who left the outside world to join this messianic cult. Selah is passionately devoted to Shepherd, but she’s also curious and irrepressibly headstrong, which means that she is primed for crisis of faith that could rend the community apart. Through Selah, The Other Lamb is revealed as a story about the dynamics of oppressive ideologies, and how they inevitably collapse due to a combination of decadence, overreach, and garden-variety ineptitude – although the filmmakers also assert that the emergence of an appealing counter-myth doesn’t hurt. However, one of the film’s more conspicuous flaws is that it doesn’t have anything especially original or insightful to say about these phenomena, even though its cinematic vocabulary is undeniably stylish and creepy.

The rift that eventually develops between Selah, Shepherd, and the rest of the cult is the product of several fateful occurrences that unfold in an overlapping blur. Selah is tasked with watching over the sect’s sheep as they graze, but she falls asleep on the job, permitting one of the lambs to be slaughtered by predators. Her horror and humiliation at this lapse are repeated when she experiences her first menstruation, which marks her as temporarily unclean in the sect’s purity-obsessed ideology. Accordingly, she ends up spending more time with the tetchy and cynical Sarah (Denise Gough), a “broken” Mother who has been permanently exiled to this separate-and-unequal menstruation outgroup. (As with much in The Other Lamb, the circumstances of Sarah’s confinement are never clarified, although it is implied that she is unable to conceive and has been brutally abused by Shepherd as penance for this “sin.”) Selah repeatedly clashes with Sarah over her co-dependent contempt for Shepherd, while also absorbing some of the woman’s skepticism and wounded strength.

Late one night, Selah secretly observes a tense interaction between Shepherd and a local sheriff’s deputy who arrives in a squad car – one of the few indications that the film is set in the modern day. Shortly thereafter, Shepherd announces that due to the encroaching evil of the outside world, the cult is obliged to leave its woodland sanctuary and seek out a new home. This occurs just as the youngest Mother is nearing the end of her first pregnancy, which puts an added strain on an exodus that is already fraught with uncertainty. For his part, Shepherd doesn’t really seem to have a plan, leading his flock across blasted moors and lonely, windswept hills with fervent purpose but no clear direction. He cloaks his own exhausted apprehension with patronizing evasiveness, enigmatic declarations, and the occasional outburst of dictatorial rage. Meanwhile, Selah eyes him with increasing wariness, not the least because Shepherd’s affection for her has only grown more insistent and distinctly non-paternal as the cult’s situation has become more perilous.

The Polish-born Szumowska, here directing her first English-language feature from a screenplay by C.S. McMullen, has sharpened her storytelling and refined her style since her misbegotten French erotic drama Elles (2011). The Other Lamb is more consistent with the award-winning Polish features that the director has crafted in the intervening years, a couple of which (Body, Mug) have embedded horror elements in oddball scenarios. However, Szumowska’s latest feature is utterly saturated with the bleak, eerie style of recent English-language art-horror, such that it feels closer to The Blackcoat’s Daughter, The Witch, and The Lodge than to anything else in the director’s filmography.

Substantively, The Other Lamb is not really a horror film, but like Jennifer Kent’s recent The Nightingale, it tackles a horrific real-world subject – in this case, patriarchal religious oppression – and baptizes it in nightmarish visuals and an unsettling soundscape. At times, Ferdia Murphy’s production design seems to flirt with weirdness for its own sake, as in the intricate string patterns that the cult weaves between the trees in its sylvan sanctum. Szumowska leans on certain motifs emphatically – sheep, blood, drowning, hair, fire – but there’s a hollowness to the film’s visual grammar, one in which fashion-spread folk-goth imagery feels like an end rather than a means to thematic resonance.

Often, Jaroslaw Kaminski’s editing so thoroughly scrambles past, present, and fantasy, it can be difficult to discern what is and is not actually occurring during Selah’s inexorable journey to rebellion and liberation. In Sean Durkin’s harrowing Martha Marcy May Marlene (2011), a discombobulating editing approach was used to brilliantly convey the effects of posttraumatic stress disorder on a woman who had escaped from a similar messianic sex cult. Here it just feels like artfully indulgent noise, an excuse to slip in beautifully composed insert shots of slaughtered lambs or Selah's screaming face.

Indeed, this flaw points to the film’s overall intellectual paucity. Cassidy is credible and engaging in the role, but Selah isn’t a particularly deep character. Her only notable characteristics are her adolescent ferocity – first as an ecstatic true believer, then as a glowering apostate – and her emotional attachment to the mother she never knew. Shepherd, meanwhile, is exactly what he appears to be: a violent, manipulative narcissist who uses, abuses, and destroys women. Although there’s a certain grim pleasure in watching his downfall, there’s nothing all that interesting about it.

The Other Lamb is keenly attuned to the intra-group dynamics that keep the women jockeying for position with one another within the cult’s hierarchy, but it offers little insight into why men like Shepherd can command fanatical loyalty with such transparently self-serving bullshit. (There don’t seem to be much theology in Shepherd’s sect, just a lot of de facto slave labor and sexual exploitation.) The film isn’t without novel gestures: Szumowska and McMullen imbue their tale with a folkloric spin by positing the spontaneous appearance of a feminine, pagan-flavored alternative to Shepherd’s quasi-Christian cult. However, this thread ultimately feels like too little too late in a feature that’s more absorbed with disturbing imagery, repellent violence, and richly deserved comeuppance than emotional or thematic richness.

The Other Lamb is now available to rent from major online platforms. 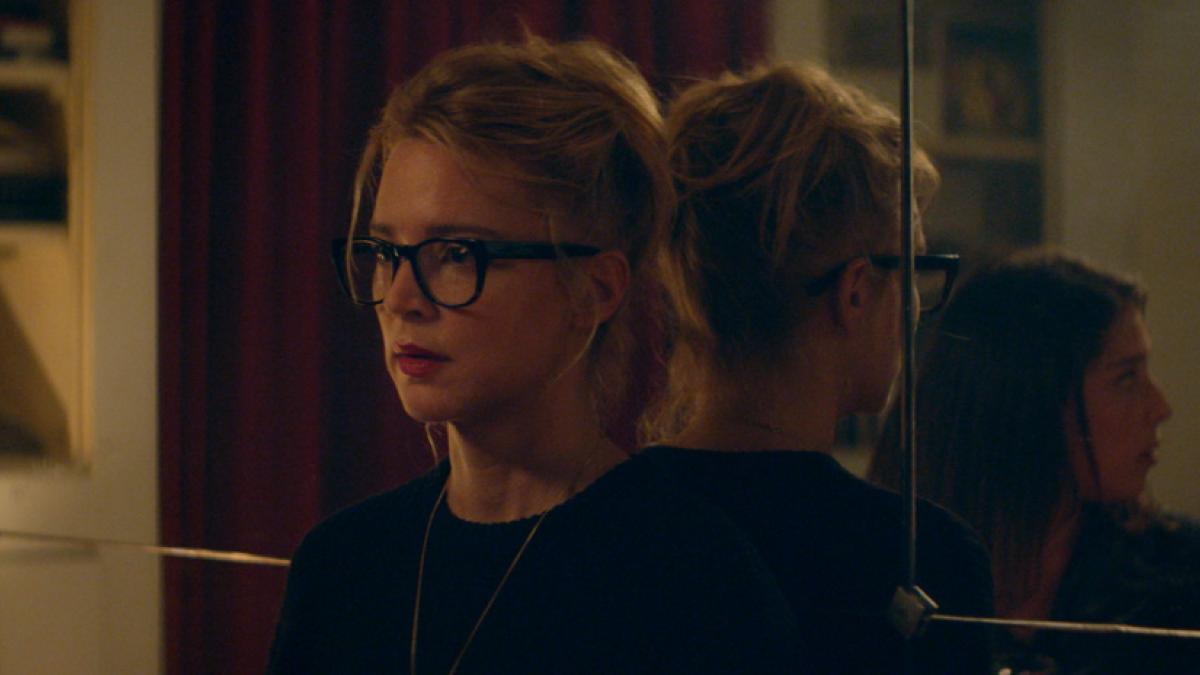 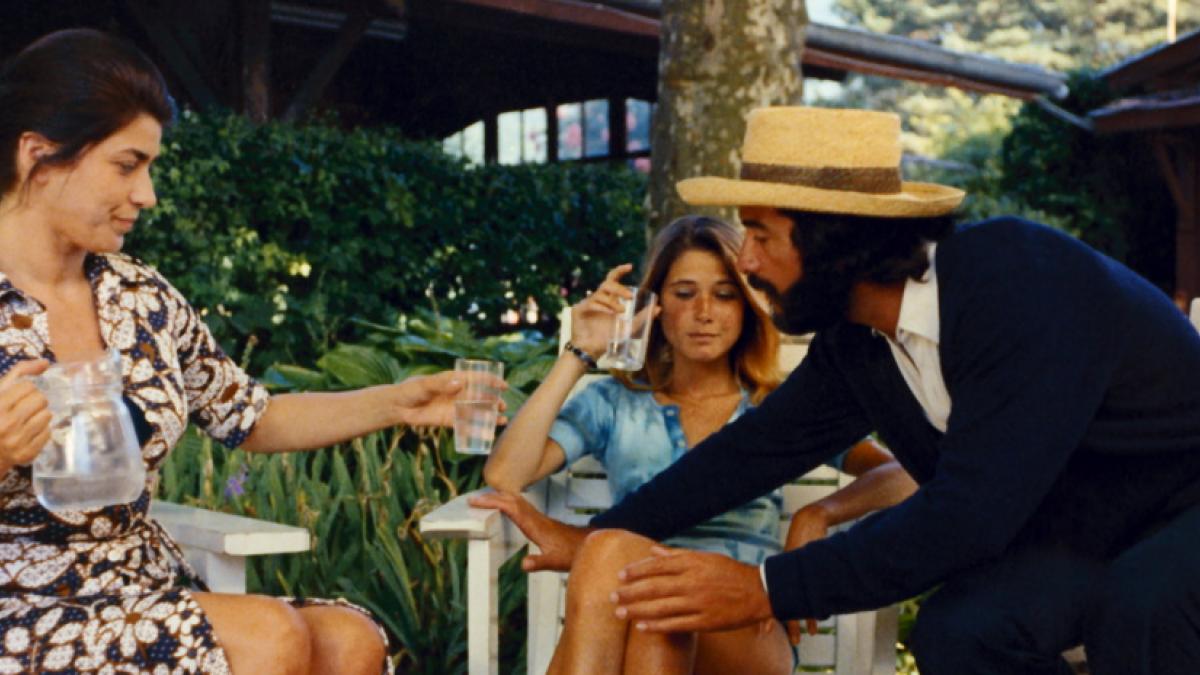