How to Build a Girl

It’s not uncommon for a coming-of-age movie to spend a good amount of time establishing its main character as an especially unique individual. They’re an outcast. They don’t fit in. They’re teased, they’re shunned, they’re completely alone (save for one, maybe two others in the same position as them). Not only does this trope tell the viewer a lot about the main character’s present by only saying a little, but it also gives them a clue as to where the story’s going to go from there. You see, no one ever stays an outcast in a movie like this. There’s never any happiness to be found in their current reality. They strive for a better life — a life that will make them the envy of the very people who’ve ostracized them for so long. It rarely turns out the way they’d hoped. You’d think they’d have learned by now, especially when these characters so frequently find solace in literature, music, and films telling their exact story.

How to Build a Girl’s Johanna Morrigan (Beanie Feldstein) is not unlike those who have come before her, even if her life — based loosely on author-turned-screenwriter Caitlin Moran’s experiences as a teen in 1990s England — predates the production of touchstone films like Cameron Crowe’s Almost Famous (2000) or more recent entries like Kelly Fremon Craig’s The Edge of Seventeen (2016). Besides, she’s not a movie watcher. She’s a reader, and she complains that of all the books she’s read (and she’s read a lot), no single piece of literature has a main character she can relate to. This doesn’t stop her from worshipping the pillars of the literary canon, though: Each night, while doing her best to hide from her big family in their small house, Johanna seeks life advice from some of history’s greatest figures. Donna Summer gives her confidence. Dr. Freud helps her psychoanalyze her peers. The Brontë sisters encourage her to keep writing. Maria von Trapp pleads with her to stay optimistic. Despite their good advice, the magazine cutouts taped to her thin walls just aren’t telling her what she wants to hear. According to Johanna, her life needs a major change, and there’s nothing any of them can do to convince her otherwise.

The first step on the road to major change is a local poetry contest in which the finalists read their entries on live television and the winners receive a generous cash prize. As a skilled writer, Johanna feels she’s got this one in the bag. As a shy introvert, it’s obvious she really doesn’t. Standing in front of a camera broadcasting her face to millions, Johanna crashes and burns. Once read aloud, a sweet poem about her love of dogs ends up coming across as decidedly ... wrong. Now a laughingstock at school — because, as we know, all high-schoolers love watching televised poetry readings — Johanna can’t even show her face in public without feeling the humiliation over her missed shot at real fame. So she changes her face. Her brunette hair dyed ruby red and her conservative garb exchanged for a Victorian cape and top hat, she is no longer the awkward 16-year-old Johanna Morrigan of Wolverhampton. She is the confident and mature Dolly Wilde, and — on a whim — she’s going to take a crack at music criticism in London. Dressed in the kind of clothes only a 16-year-old would think were cool, Johanna-as-Dolly has no idea this city will be the place where she gets everything she’s ever wanted — literary success, intimate relationships, and friends who treat her like an adult — and plenty of things she never could’ve foreseen.

Looking at Beanie Feldstein’s five film credits so far, this is the actress’s fourth coming-of-age film since 2016 (and her second of 2019, remarkably). Any sort of prowess displayed here is likely due to some bizarre application of Malcolm Gladwell’s 10,000-Hour Rule to this formulaic role she continues to embody again and again. Yet, of these films — Neighbors 2: Sorority Rising (2016), Lady Bird (2017), Booksmart (2019), and, of course, How to Build a Girl — the fourth time is definitely not the charm. Although Feldstein’s performances in these films are far from subtle or nuanced, the way both critics and audiences championed Lady Bird and Booksmart (and Neighbors 2, to a somewhat lesser degree) is proof that moviegoers still find something appealing in the type of loud, abrasive characters Feldstein is known for (quite similar to the acts her brother, Jonah Hill, was known for during the late aughts and early ’10s). Regardless of the praise she’s received in years past, the decision to cast a non-British person in the leading role is the first of many faults tied directly to Feldstein and her character.

At her core, Johanna is extremely immature. Granted, she’s 16 — immaturity is not unusual for a girl this age. Although she’s equipped with all the sorts of flaws your everyday teen would embody, there’s more to her coarse personality than just adolescence. The problem with this is that director Coky Giedroyc and writer Caitlin Moran honor her for terrible behavior. Being messy, making mistakes, learning from them, and bettering yourself because of them — that’s what growing up is all about. However, Giedroyc and Moran seemingly argue that, if you’re a bad enough person and screw up enough people’s lives, there’s no shame in simply reinventing yourself and moving on to greener pastures. As such, their guide to growing up is only good for building shallow teens and reprehensible adults. There’s a very different movie begging to be made with the groundwork that’s laid out at the start: What if your journey of self-discovery leads to you finding out you’re a dreadful person? Unfortunately for Johanna/Dolly, her family, her friends, her co-workers, and anyone else who happens to cross paths with her, there is no growth here. There is only scorched earth.

This is what How to Build a Girl posits: a lifetime of conflict without any friction whatsoever. Of all the adults in Johanna’s life — her dad (Paddy Considine), her mom (Sarah Solemani), her editors, even the musicians she interviews — not one can make her exercise any sort of humility or empathy for more than a moment or two, before she’s onto the next misadventure. There’s a way to portray this sort of self-destructive behavior elegantly — see The Diary of a Teenage Girl (2015) — and then there’s How to Build a Girl, which almost glorifies its main character’s lack of consciousness instead of dissecting and examining it constructively. The fact that Caitlin Moran penned the film adaptation of her own book — which was in turn based on her own life — might explain this. (Imagine if Mark Zuckerberg took a crack at The Social Network [2010].) Ultimately, there is no real lesson to be learned, no actual building to be done, and no remorse to be felt. For a film so enthralled by the power of words in both literature and rock music, How to Build a Girl has absolutely nothing to say.

How to Build a Girl is now available to rent from major online platforms. 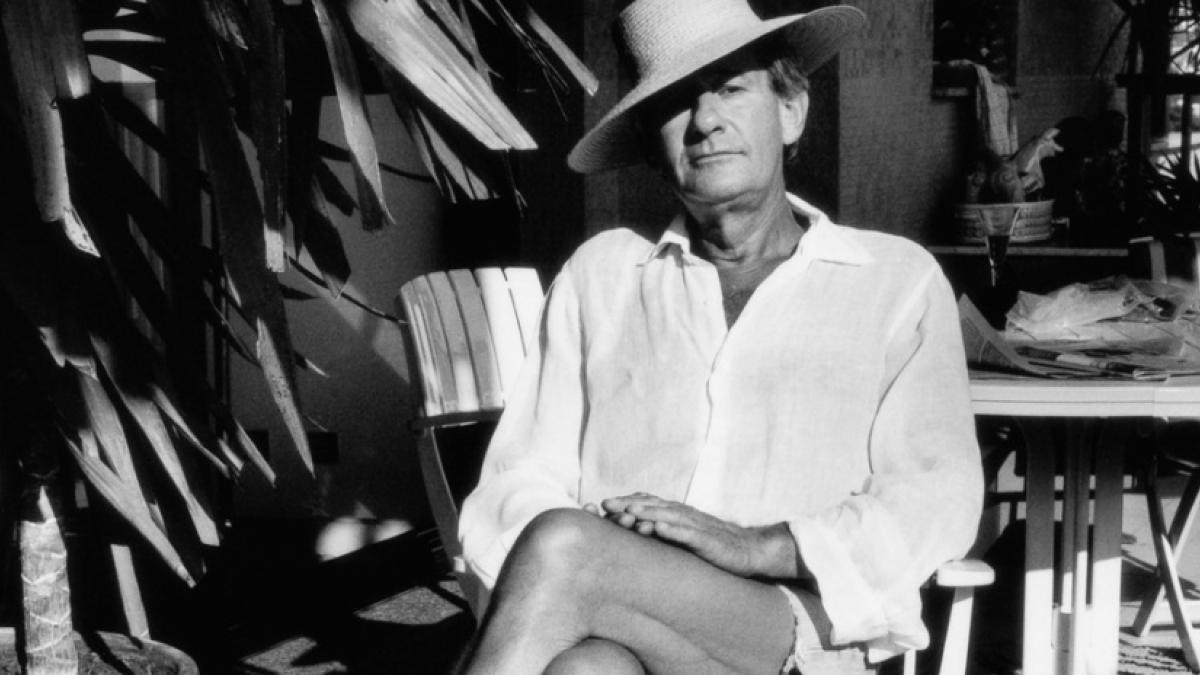 Helmut Newton: The Bad and the Beautiful 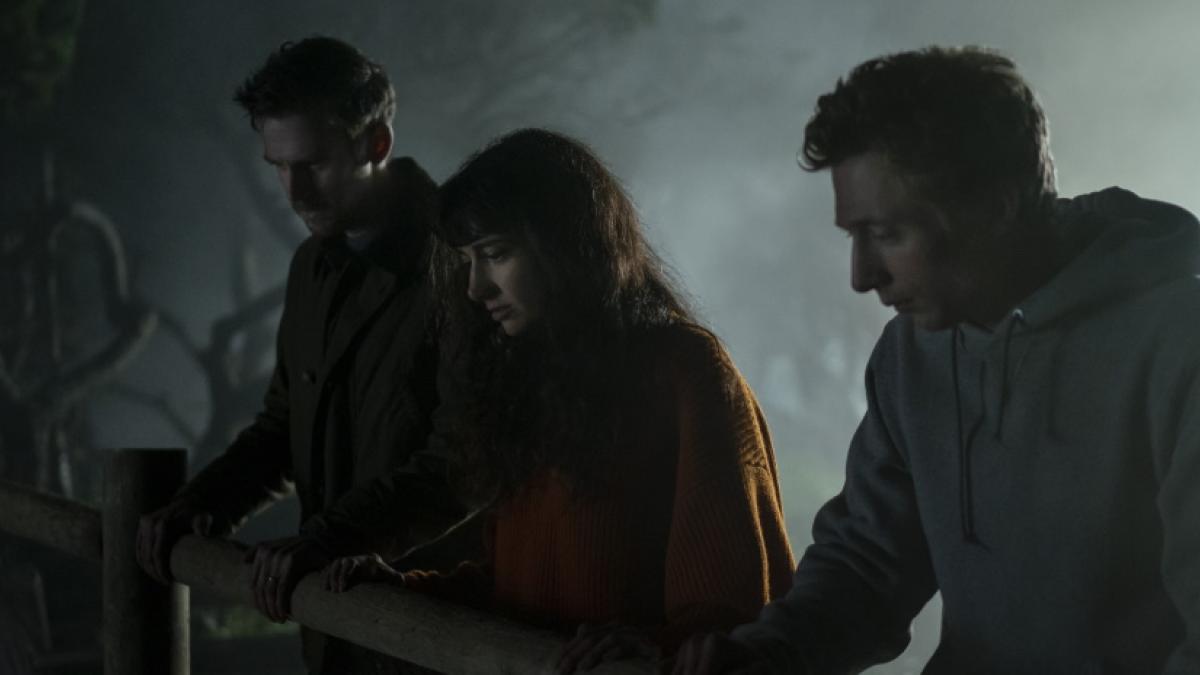