There’s something perfect about the fact that Dune – the epochal 1965 science-fiction novel by Frank Herbert – has defeated filmmaker after filmmaker for over five decades. The book, after all, is set primarily on the desert planet of Arrakis, a world whose sheer environmental hostility has vanquished several would-be colonial powers. A cinematic adaptation of Dune has proven similarly challenging to conquer, and over the years several incarnations of the project have lurched through Development Hell. Avant-garde director Alejandro Jodorowsky famously sunk $2 million into pre-production in the 1970s before his version was ultimately scrapped. (It’s tantalizing to imagine the film Jodorowsky might have delivered, given that early casting plans included Orson Welles, Udo Kier, Gloria Swanson, Mick Jagger, and Salvador Dalí.) It was David Lynch who first successfully shepherded Herbert’s novel to the big screen, but his 1984 feature – while intriguingly weird in its way – is generally regarded as a disappointment, both as a film and as an adaptation.

The mixed-to-negative reaction to Lynch’s Dune perhaps inevitably nurtured a feeling that the definitive adaptation of Herbert’s novel was still out there, waiting to be discovered. John Harrison directed a relatively faithful three-part telefilm version for the Sci Fi Channel in 2000, but it failed to make much of a cultural splash beyond the author’s die-hard fan base. Subsequent attempts at a feature film sputtered out, but Dune’s cinematic prospects turned around when Legendary Pictures snapped up the rights and brought on board director Denis Villeneuve – who had reportedly long dreamed of adapting Herbert’s influential saga.

Four years later – five if one includes an 11-month pandemic-related release delay – and the new Dune is finally upon us. (Or, to be precise, Dune: Part One, as the on-screen title card asserts.) Whatever else one can say about this latest cinematic iteration of the story, it feels properly monumental. This Dune is extravagant, immersive, and serious-minded, almost to a fault. Co-written by Villeneuve, Jon Spaihts, and Hollywood screenplay A-lister Eric Roth, the new feature sticks quite close to Herbert’s original text, at least in terms of its plot, a notoriously dense snarl of intergalactic politicking and bewildering mystical gobbledygook. The film does, however, excise some of the novel’s original depth, flattening its sophisticated multi-dimensionality in favor of more spectacle-focused sci-fi blockbuster aims.

Perhaps this is inevitable for any cinematic adaptation, given that Dune’s most exceptional qualities are dependent to some extent on the medium of the novel. From such a perspective, the new film is arguably the best-case scenario for a page-to-screen translation of Herbert’s work. Villeneuve’s version is a suitably transportive sci-fi epic that tackles the novel’s intricate world-building and complex thematic terrain quite earnestly, even if the latter necessarily feels a little shallow. It is comparable to Peter Jackson’s Lord of the Rings trilogy in this respect: Although perhaps not the “definitive” adaptation that some purists would demand, it has been pragmatically yet smartly reshaped to suit the cinematic medium, while also sparing no expense when it comes to the realization of Herbert’s otherworldly vistas.

Notwithstanding the story’s reputation for byzantine political and religious intrigue, Dune’s core premise is fairly straightforward. In the year 10,191, the galactic Emperor Shaddam IV revokes colonial control of the planet Arrakis from the brutal House Harkonnen and hands it to the comparatively honorable House Atreides. Arrakis’ sands are the only source of melange, commonly called “spice,” a strange psychoactive substance that is necessary for interstellar space travel. The planet is accordingly the most precious jewel in the Imperium. The story of Dune: Part One is essentially the story of House Atreides’ efforts to settle into its new fiefdom and assert control over Arrakis’ spice extraction industry. Unfortunately – spoiler alert for the most popular science-fiction novel of all time – the Emperor’s munificence is merely a pretext, meant to position House Atreides for swift elimination.

These events are witnessed through the eyes of Paul Atreides (Timothée Chalamet), the young heir-apparent to the house’s leader, Duke Leto (Oscar Isaac). Adventurous and freethinking, Paul is ambivalent about his status as House Atreides’ sole scion, but he is enthusiastic about the prospect of relocating to the desert planet. Well before he sets foot on its parched surface, Paul has already eagerly familiarized himself with Arrakis and its hard-bitten native people, the Fremen. What’s more, he has been haunted by vivid dreams about the planet and a mysterious Fremen woman (Zendaya) – who may be his lover or his killer, depending on the dream.

Paul’s psychic sensitivity to these visions is a sort-of-genetic, sort-of-magical gift from his mother, Lady Jessica (Rebecca Ferguson). In addition to being Duke Leto’s concubine, Jessica is a member of the Bene Gesserit, a secretive cabal of female mystics who cultivate supernatural abilities and manipulate galactic politics from the shadows. Paul’s entire existence, it turns out, is tangled up in the Bene Gesserit’s centuries-spanning messianic machinations, which have also influenced the religious beliefs of the Fremen. Paul thus finds himself pulled in different directions by forces who see him variously as the inheritor of his noble house, as a prophesied messiah figure, or as an inconvenient threat to be sidelined or simply crushed. Paul is loyal to his parents, but he is also determined to write his own radical, syncretic story. His visions – which kick into overdrive once he is exposed to Arakkis’ spice – show him a future in which he is living with the Fremen people, liberating them from oppression and leading them to military victories.

This barely scratches the surface of Dune’s convoluted plot and mythology, and there are easily a dozen more named characters in the film beyond those mentioned above. If one wanted to be reductionist, however, one could describe it as a sci-fi reskinning of Lawrence of Arabia (1962). Herbert was certainly not coy about the influence of T.E. Lawrence’s real-world exploits on his saga. (In one of those serendipitous historical footnotes, Lawrence director David Lean was even briefly attached to helm a Dune adaptation.) Villeneuve’s film version moderately obfuscates the obvious real-world parallels via racially and ethnically diverse casting, but Dune is still partly the story of a privileged outsider who embeds himself among a desert-dwelling people and aids them in their conflict against colonial powers. Hans Zimmer’s characteristically overwhelming score certainly never lets the viewer forget the pseudo-Arabic qualities of the Fremen, given how often the film’s soundscape is pierced by the kind of vaguely Middle-Eastern ululations that Team America: World Police was satirizing 17 years ago.

Herbert was aware of the creakiness of such Chosen One / White savior stories, and Dune in part represents his effort to unpack messianic tropes by executing them as thoughtfully as he could manage. Even with its 155-minute running time and a second feature allegedly planned, Villeneuve’s Dune unavoidably loses some of the novel’s multi-layered intricacy, and thus its embrace of such tropes feels more ingenuous. Still, the film manages to add some ambiguous shading to Paul’s journey by highlighting his iconoclastic tendencies and his reactive skepticism to the schemes unfolding around him. Paul trusts his own intuition more than his myriad would-be manipulators, however benevolent their intentions. That intuition is pointing him decisively into the trackless wastes of Arrakis – which are secretly teeming with life, wisdom, and power. Even Paul’s visions are laced with uncertainty and darkness, however. At one point, he sees himself as a god-emperor leading a galaxy-spanning holy war, a potential future that prompts him to instinctively recoil in horror. The film’s biggest weakness, narratively speaking, is that it feels very much like the first half of a five-hour movie, not a standalone feature. It concludes quite abruptly, just as Paul and Jessica arrive at one of the subterranean Fremen city-states.

Dune is juggling a lot of balls, thematically speaking, from environmentalism to religious prophecy to the folly of empire. Notwithstanding its exceedingly grave tone, Villeneuve’s film version does not delve too deeply into these topics, although it considers them with more adult-minded introspection than most Hollywood blockbusters with comparable budgets. It is certainly not cerebral sci-fi on the same level as the director’s prior genre efforts (Arrival, Blade Runner 2049), but it undeniably thrives on a similar sense of deliberative awe (and terror). Dune is the most action-heavy feature that Villeneuve has made to date, but despite the impressiveness of some set pieces – a nail-biting sand worm attack and a hellish Harkonnen military assault are highlights – the film is at its most compelling when it slows down to simply gawk in wonder at these worlds that Herbert dreamed into existence.

Indeed, if there is one factor that makes this Dune a must-see for science-fiction aficionados – or any cinephile who delights in the medium’s power to conjure astonishing alternate realities – it is the film’s striking visuals. On one hand, Dune broadly looks the way one might imagine a Villeneuve-directed Dune would look. On the other, there are details both fascinating and terrifying in virtually every shot, thanks to absolute top-shelf work from the design crew: production designer Patrice Vermette, supervising art director Tom Brown, set decorators Richard Roberts and Zsusanna Sipos, and costume designers Bob Morgan and Jacqueline West, among many, many others. The film’s look acknowledges Lynch’s 1984 film – as well as Jodorowsky’ oeuvre – but also goes in some bold new directions, leaning into monolithic brutalist architecture, petrostate industrial grunginess, and the kind of baroque late-imperial opulence rarely seen outside of a Star Wars prequel. If the fundamental role of fantasy is to envelop the viewer in strange new worlds – and Dune is as much a neo-feudal fantasy saga as it is a hard science-fiction story – then this Dune is, in fact, the definitive cinematic version. It's as grandiose, indulgent, and staggering as Herbert’s work deserves.

Dune opens in theaters everywhere on Oct. 22, and will also be available to stream from HBO Max. 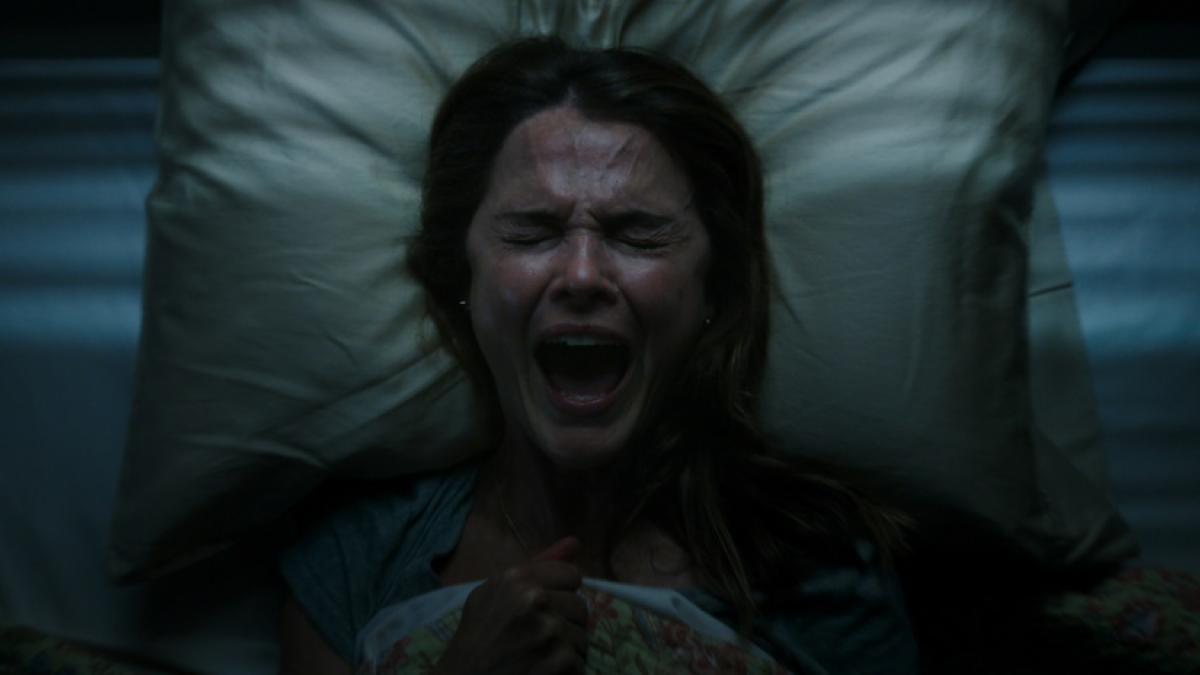 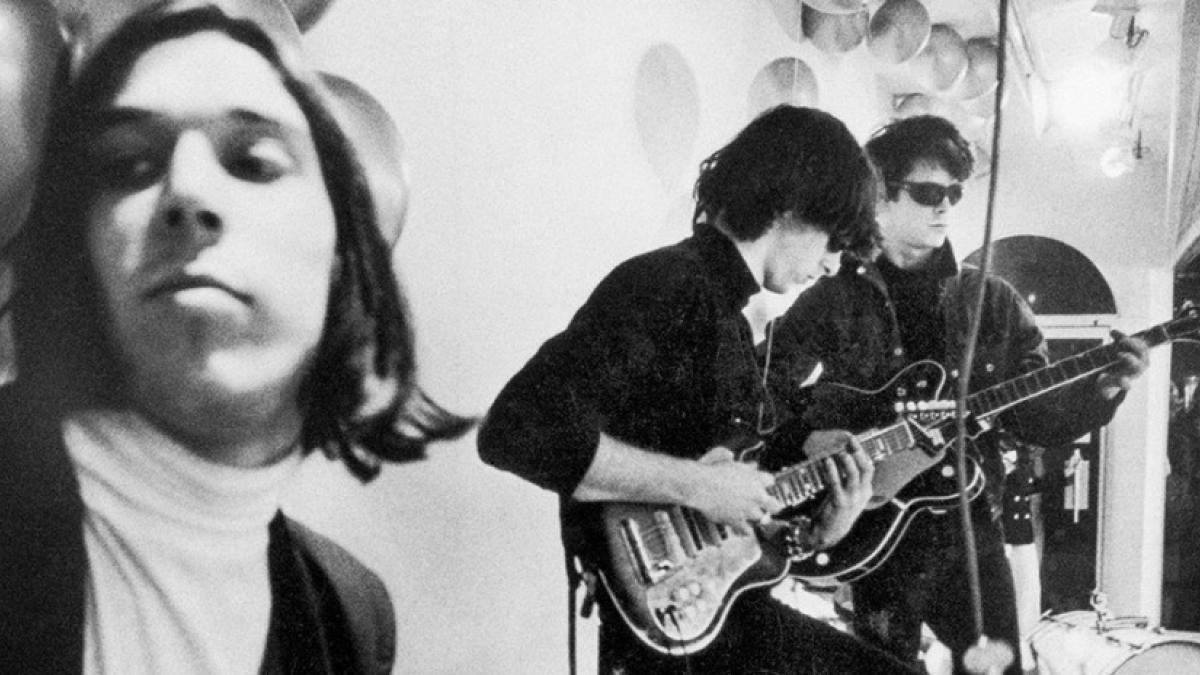