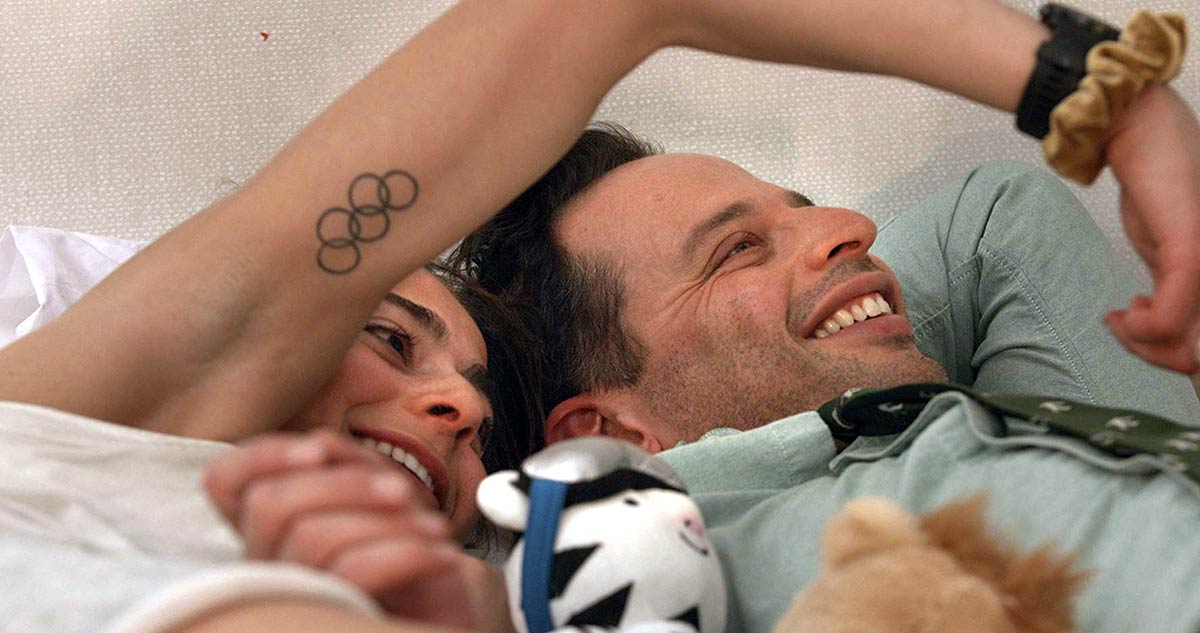 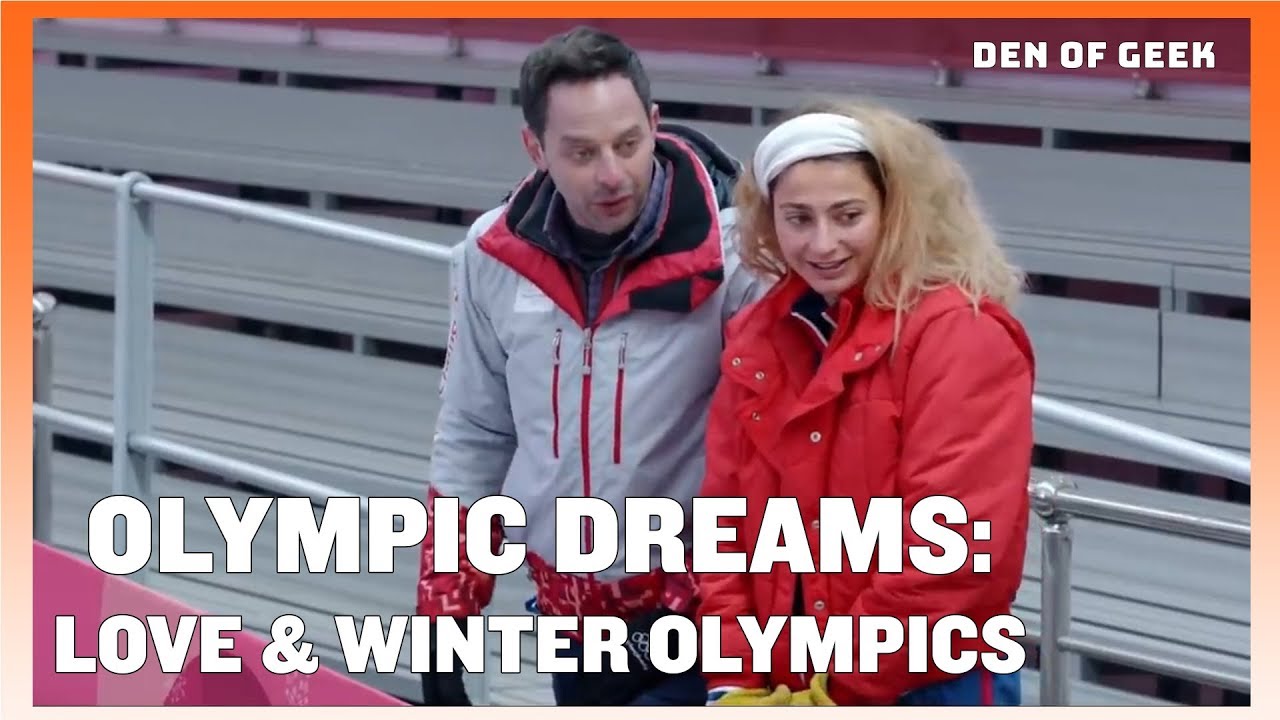 In the romantic comedy “Olympic Dreams,” Penelope (Alexi Pappas), a young cross-country skier, befriends Ezra (Nick Kroll), a volunteer dentist, after a disappointing finish in her competition. In the cocooned world of the highly exclusive Athlete Village, Penelope and Ezra share a special time together, but the unspoken question is whether their relationship can extend beyond the Olympics. The first narrative ever shot in a real Athlete Village, “Olympic Dreams” was filmed entirely on location during the 2018 Olympic Winter Games in PyeongChang, South Korea, with real athletes such as Jamie Anderson and Gus Kenworthy making appearances. One-man-band Jeremy Teicher fills an impressive number of roles, serving as the film’s director, cinematographer, and sound recorder, and collaborating on the screenplay with his two actors. The Hollywood Reporter praises “Olympic Dreams” for bringing “fresh energy to the genre in taking its time when it comes to intimacy,” observing that “the result is a dramatic tension that carries through all the way to its final act.”