A Discussion Series on the Films of 1972

This year, Cinema St. Louis will hold both virtual conversations and in-person screenings as part of Golden Anniversaries.

The free online conversations, with people watching the films on their own but gathering virtually to discuss them, will continue through October. The virtual programs will be available as livestreams through Eventive, and each online event has a link to register. These discussions will also be archived on CSL’s YouTube channel.

Free in-person screenings will begin in April and continue through October, with films playing on a Saturday afternoon every month at the St. Louis Public Library's Central Library. In addition, during the 31st Annual Whitaker St. Louis International Film Festival, which takes place from Nov. 3-13, CSL will offer a quartet of free Golden Anniversaries screenings — Martin Scorsese’s “Boxcar Bertha” (with Daniel Yezbick), Sydney Pollack’s “Jeremiah Johnson” (with Lynn Venhaus), Lina Wertmuller’s “The Seduction of Mimi” (with Susan Waugh), and Gordon Parks Jr.’s “Super Fly” (with Novotny Lawrence) — on Saturday and Sunday afternoons at the library.

No tickets are required for the in-person screenings at the library.

Whether the event is held online or in person, film critics, film academics, filmmakers, and writers will offer introductory remarks and participate in discussions about the films. In addition to a fine selection of St. Louis-based experts, Golden Anniversaries will again feature authors from elsewhere, including returning presenters Novotny Lawrence (“Super Fly”) and Charles Taylor (“Lady Sings the Blues”) and new participants such as University of Missouri-Columbia professor Brad Prager ("Aguirre, the Wrath of God").

Essays on several of the films also appear on The Lens, CSL's blog.  An introductory essay on the era that Golden Anniversaries explores can be found here.

For more information on the era of filmmaking that Golden Anniversaries celebrates. 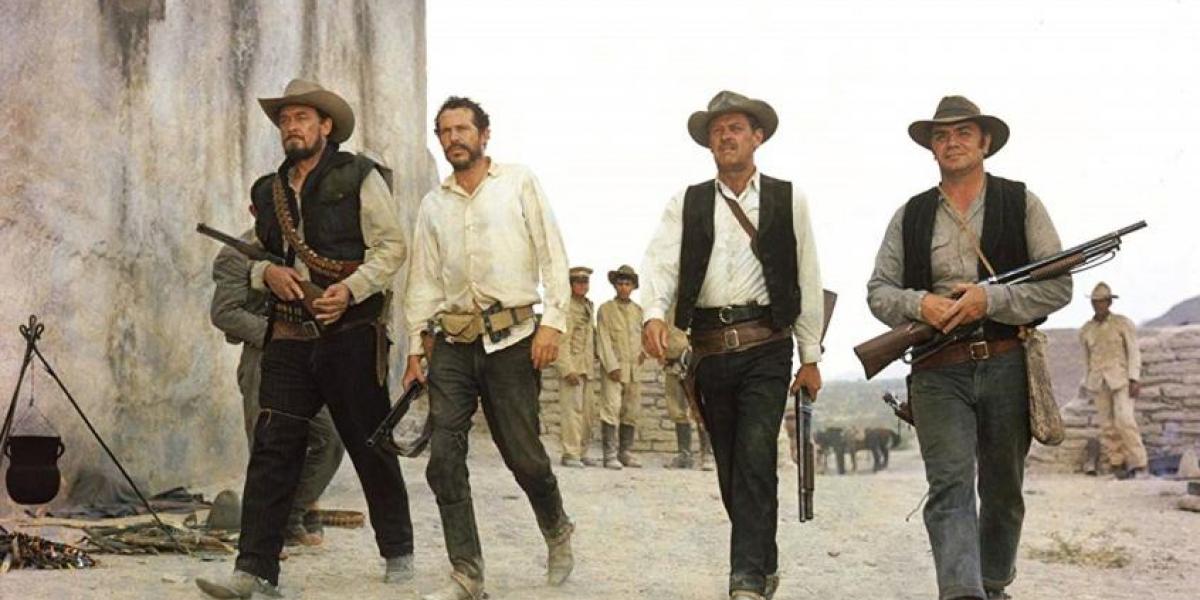 Revisiting the Cinematic Landmarks of 50 Years Ago
by: Cliff Froehlich | Aug 27, 2019

Films in other languages will feature English subtitles. 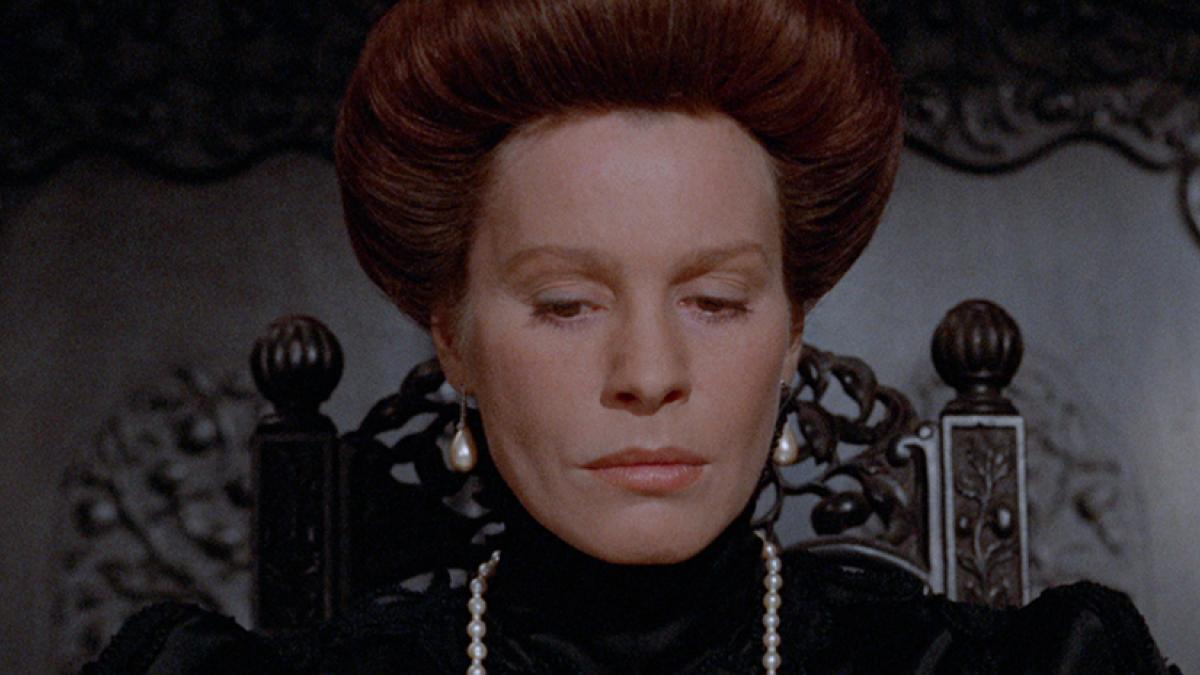 Intro and discussion by T.J. Keeley, Ph.D. student in contemporary American literature at Saint Louis University and teacher of English and film at college prep schools in the St. Louis area.

This existential wail of a drama concerns two sisters, Karin (Ingrid Thulin) and Maria (Liv Ullmann), keeping vigil for a third, Agnes (Harriet Andersson), who is dying of cancer and can find solace only in the arms of a beatific servant (Kari Sylwan). An intensely felt film that is one of… more 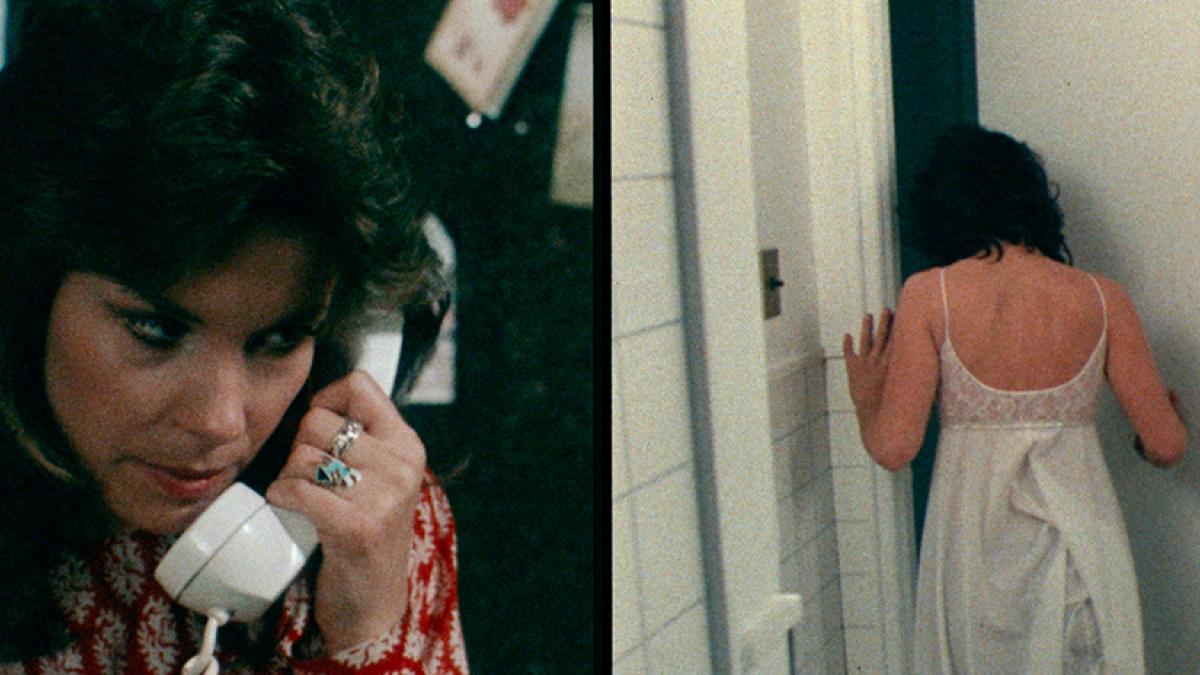 Margot Kidder is Danielle, a beautiful model separated from her Siamese twin, Dominique. When a hotshot reporter (Jennifer Salt) suspects Dominique of a brutal murder, she becomes dangerously ensnared in the sisters’ insidious sibling bond. A scary and stylish dissection of female crisis, Brian… more 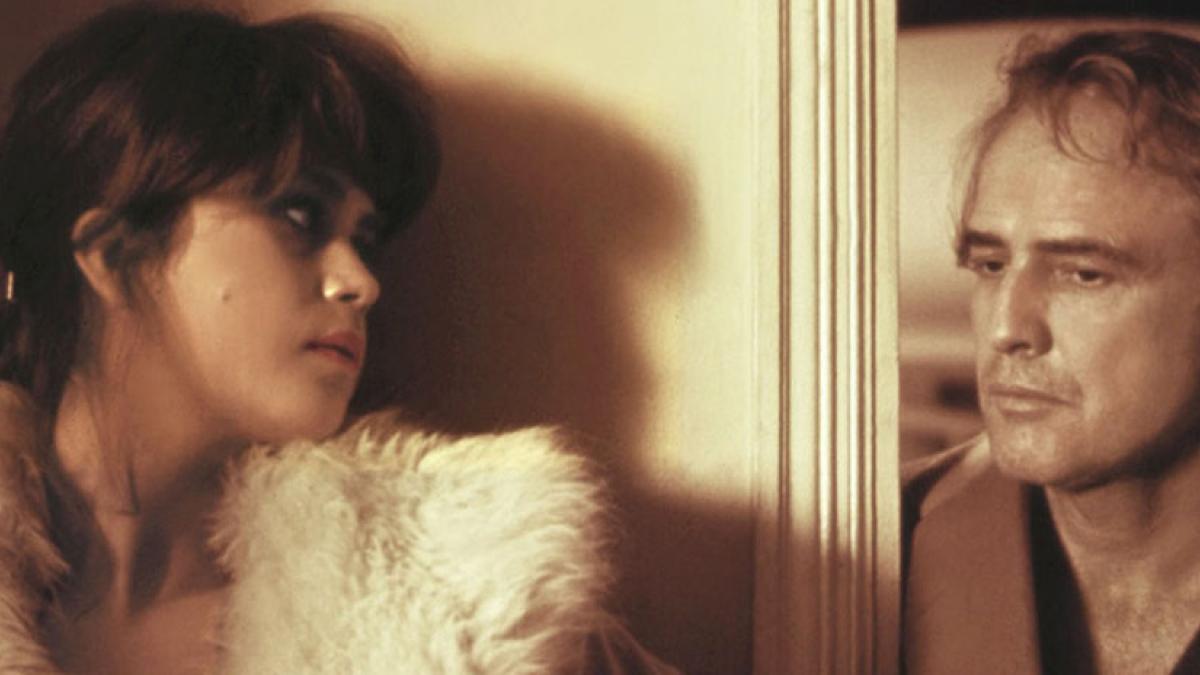 Intro and discussion by Eileen G’Sell, film critic for The Riverfront Times; contributor to Hyperallergic, Salon, and Vice; and senior lecturer in the College Writing Program at Washington University.

Distraught following his wife’s suicide, American hotelier Paul (Marlon Brando) becomes transfixed by the beautiful younger Frenchwoman Jeanne (Maria Schneider) when he meets her by chance at an apartment both are attempting to rent. The couple begin an extended but purely anonymous sexual… more 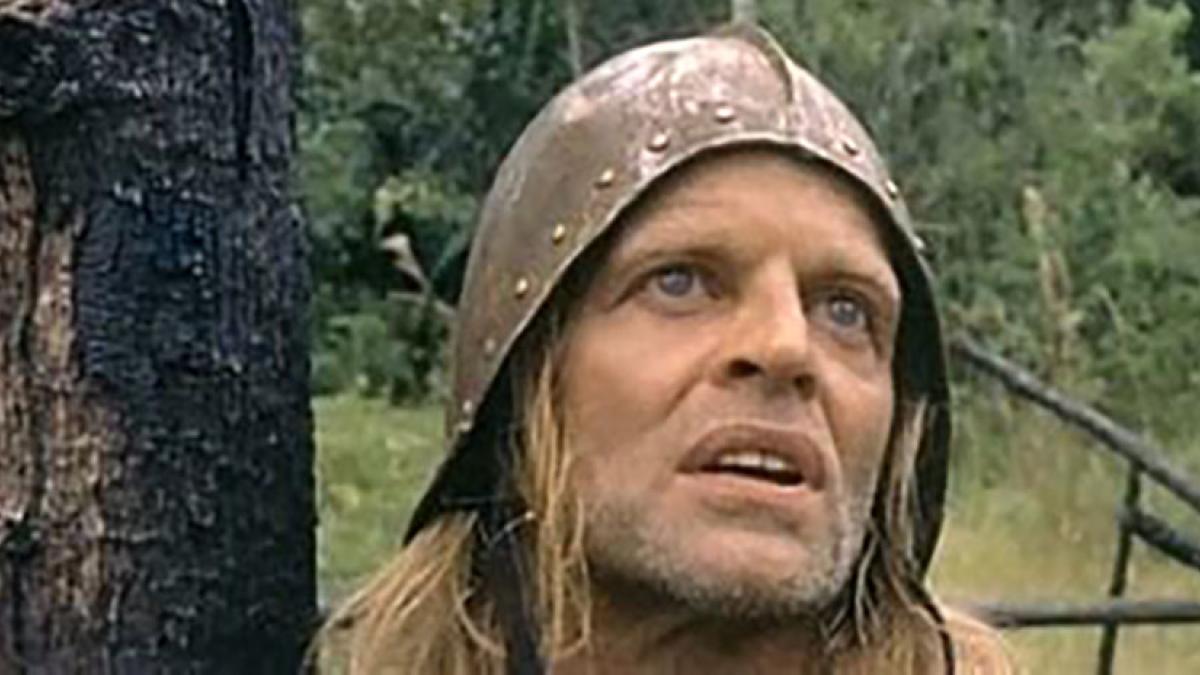 Intro and discussion by Brad Prager, professor of German and Film Studies at the University of Missouri-Columbia and author of “The Cinema of Werner Herzog: Aesthetic Ecstasy and Truth.” 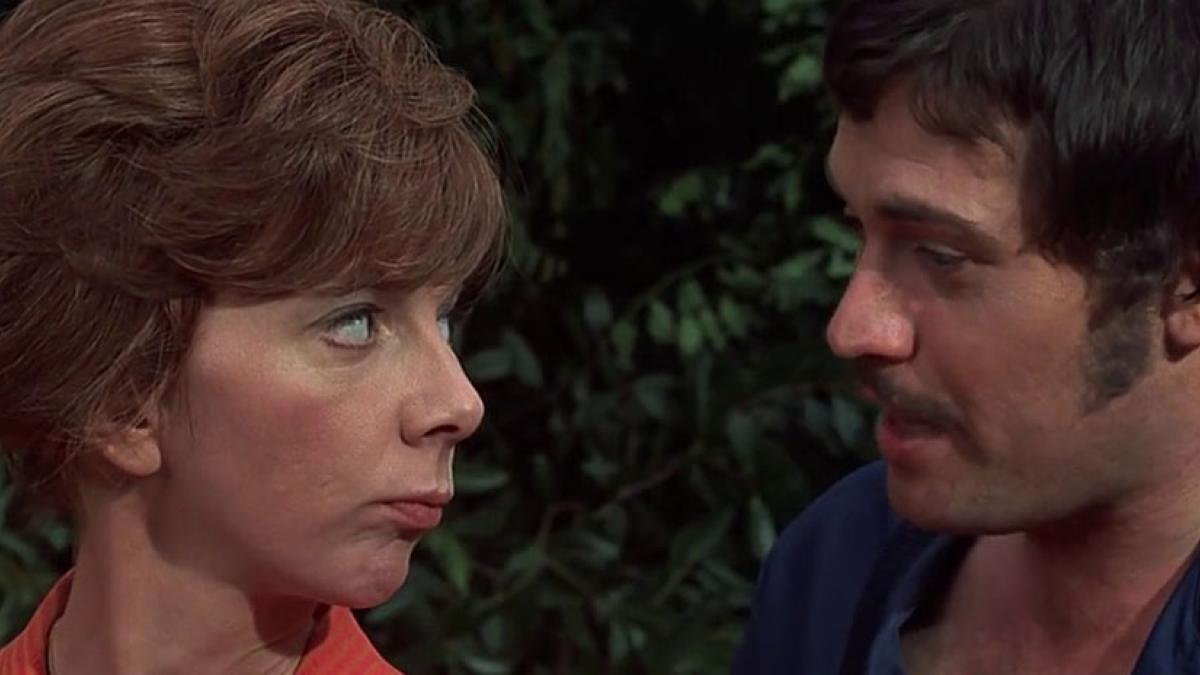 Intro and discussion by Chris King, former editor of the St. Louis American and director of the Poetry Scores films “Blind Cat Black” and “Go South for Animal Index.”

Jon Finch, Alec McCowen, and Barry Foster star in this morbid blend of horror and wit — the penultimate film in Alfred Hitchcock’s long career, it was the first to earn an R rating. The Necktie Murderer has the London Police on red alert, and an innocent man is on a desperate quest to find the… more 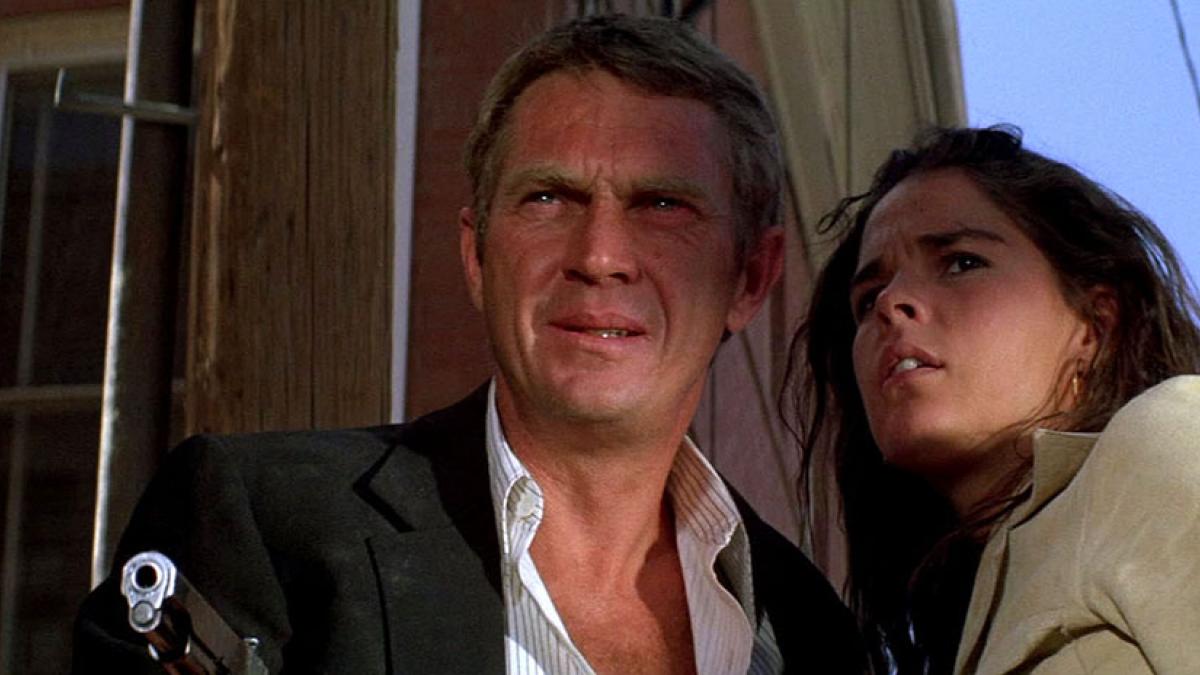 Fresh from their collaboration on “Junior Bonner” — also released in 1972 — director Sam Peckinpah and star Steve McQueen quickly re-teamed on “The Getaway.” Based on a novel by hardboiled writer Jim Thompson, the film’s screenplay was written by Walter Hill, who a few years later embarked on… more 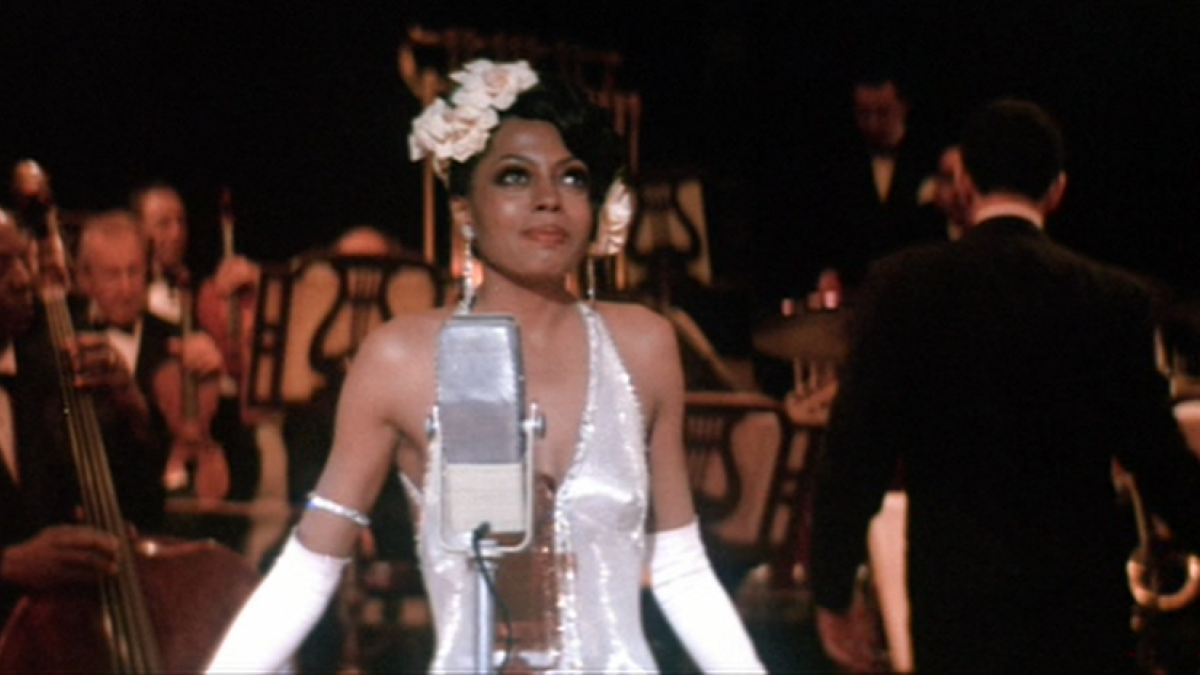 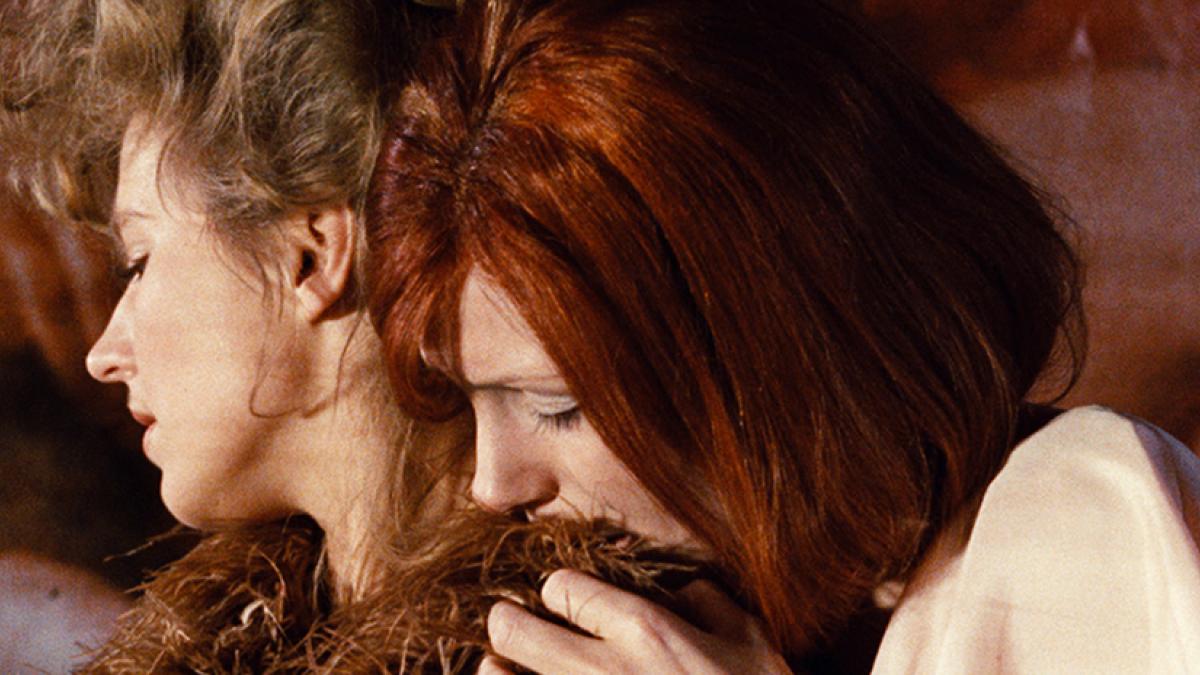 In the early 1970s, Rainer Werner Fassbinder discovered the American melodramas of Douglas Sirk and was inspired by them to begin working in a new, more intensely emotional register. One of the first and best-loved films of this period in his career is “The Bitter Tears of Petra von Kant,” which… more 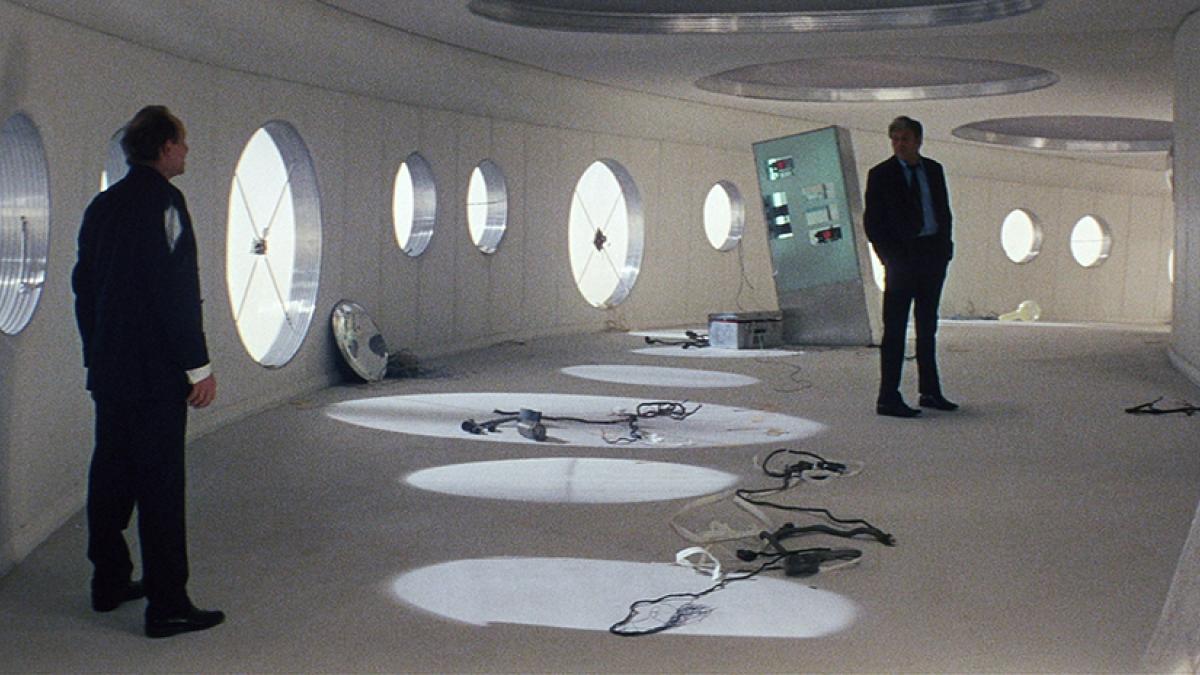 Ground control has been receiving mysterious transmissions from the three remaining residents of the Solaris space station. When cosmonaut and psychologist Kris Kelvin is dispatched to investigate, he experiences the same strange phenomena that afflict the Solaris crew, sending him on a voyage… more 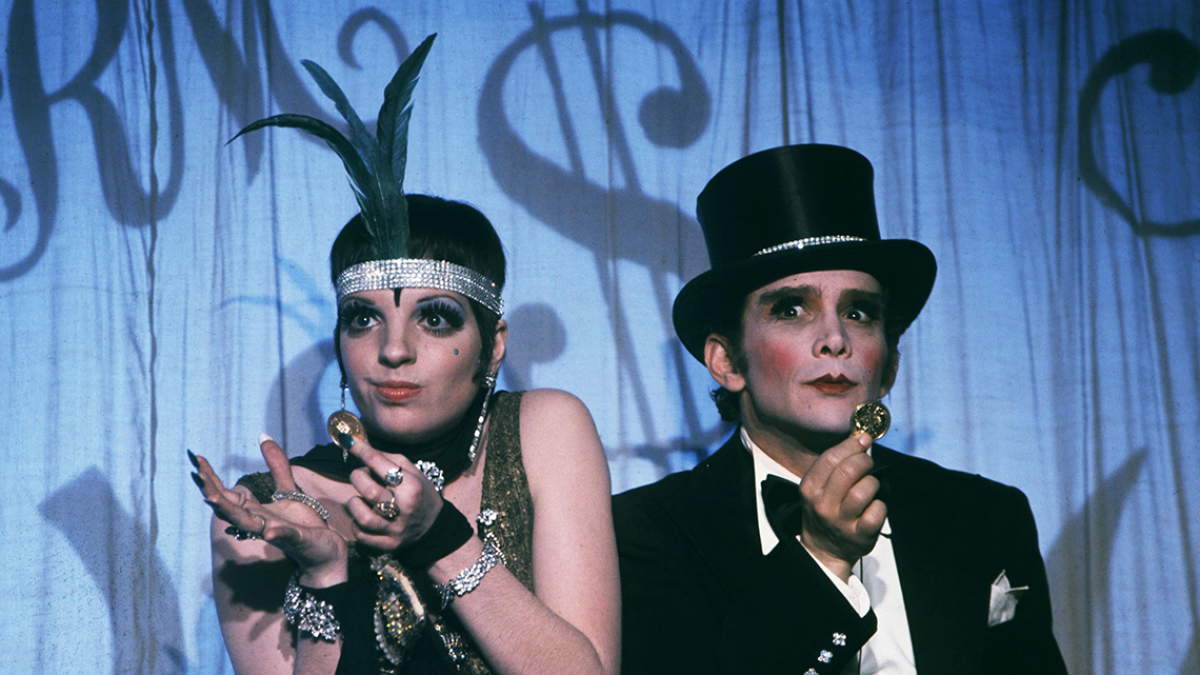 Intro and discussion by Calvin Wilson, theater and dance critic and former film and jazz critic for the St. Louis Post-Dispatch.

A musical adaptation of writer Christopher Isherwood’s semi-autobiographical “The Berlin Stories” and “I Am a Camera,” John Kander and Fred Ebb’s “Cabaret” was memorably brought to the screen by choreographer-director Bob Fosse (“Lenny,” “All That Jazz”). In 1931 Berlin, American cabaret singer… more 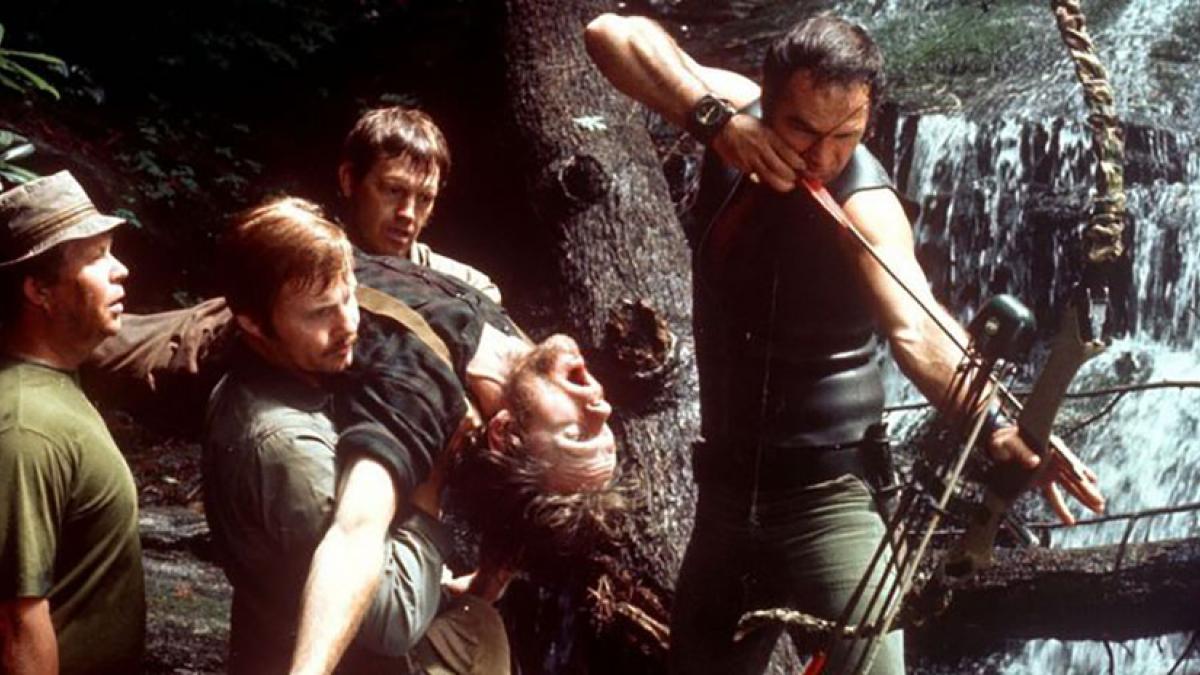 Intro and discussion by Peter Bolte, writer-director of the narrative features  “All Roads Lead” and “Dandelion Man” and cinematographer of the documentary features “The Booksellers,” “Casting By,” and “Thank You for Your Service.”

Because of a power outage at the St. Louis Public Library, the screening of "Deliverance" had to be postponed. The film is now scheduled for Saturday, April 30.

In this adaptation of James Dickey’s bestselling novel, a relaxing canoe trip turns into an frighteningly… more 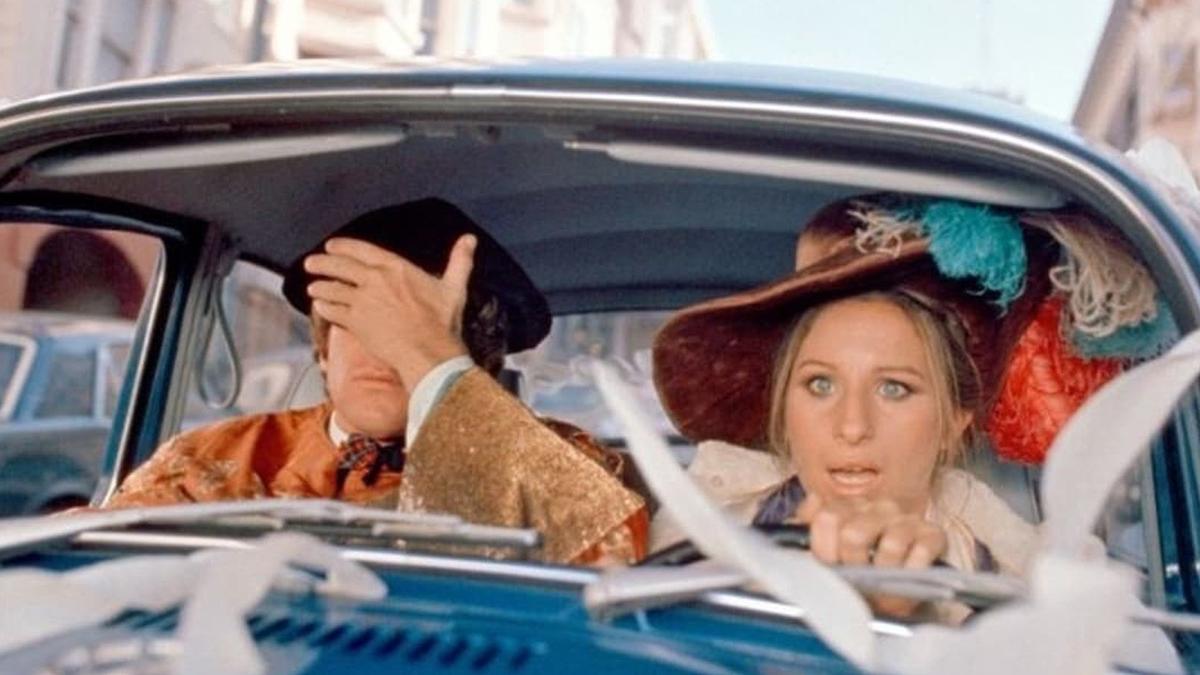 With an introduction and discussion by Diane Carson, professor emerita of film at St. Louis Community College at Meramec and film critic for KDHX (88.1 FM)

Golden Anniversaries honors director Peter Bogdanovich — who, like Sidney Poitier, died on Jan. 6 — with a discussion of the screwball comedy "What's Up, Doc?," his polar-opposite follow-up to the elegiac "The Last Picture Show." On a trip to San Francisco to compete for a music grant, a young… more 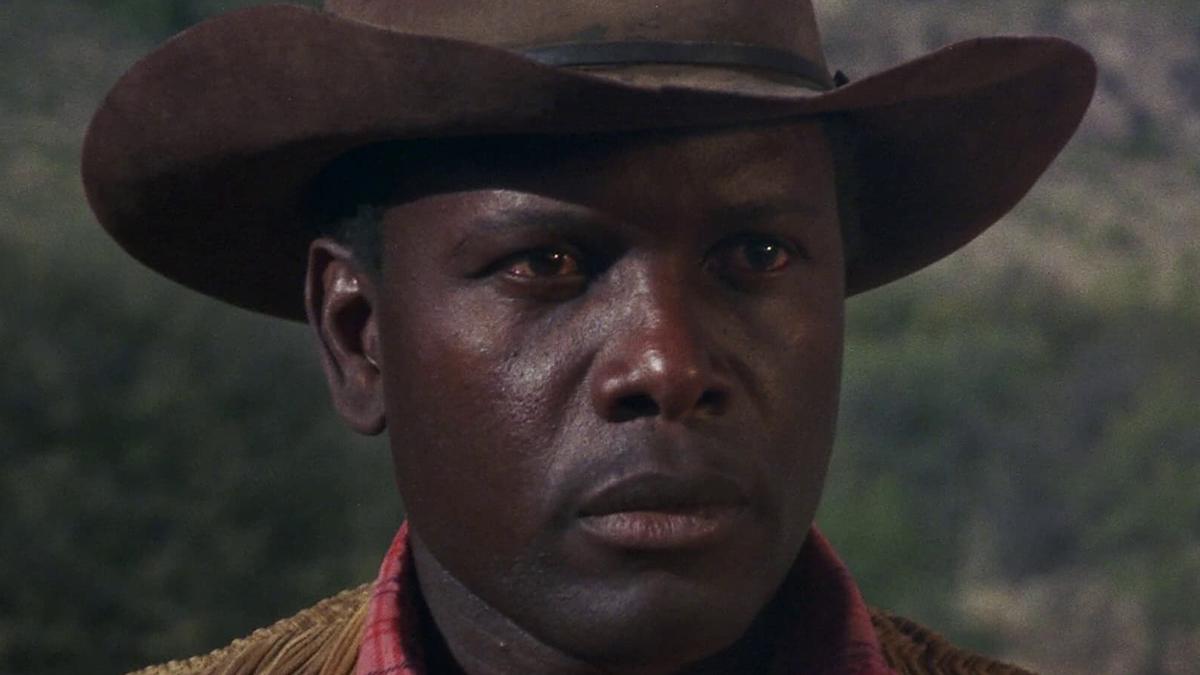 With an introduction and discussion by Gerald Early, Ph.D., professor of English and of African and African-American Studies, Merle Kling Professor of Modern Letters, and editor of The Common Reader at Washington University.

Buck and the Preacher with Gerald Early
| 1972 | 102 minutes
Directed by: Sidney Poitier

As a tribute to the legendary Sidney Poitier, who died on Jan. 6, this year's edition of Golden Anniversaries kicks off with a discussion of the actor's directorial debut, the Western "Buck and the Preacher." After the Civil War, Buck (Poitier) works as a trail guide for former slaves as they… more