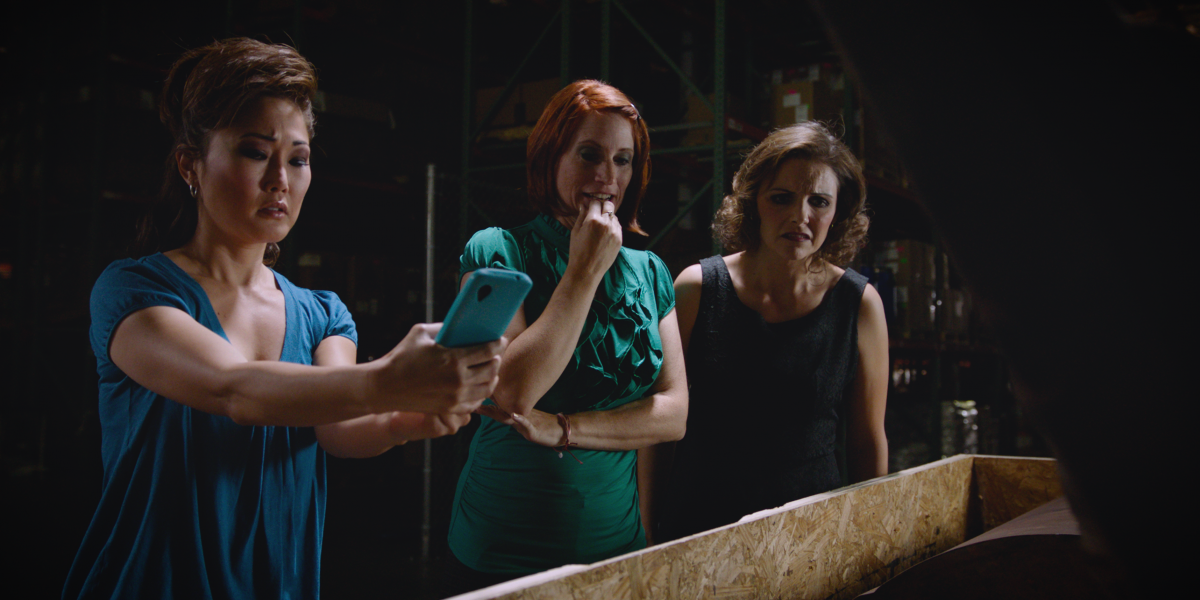 In suburban Phoenix, 40-year-old Ruth Kiesling (Amanda Melby) is not exactly “living the dream.” A doughnut-shop employee with anger issues, she has no mother, a dead brother, and a father (M. Emmet Walsh) in hospice. Her few friends include her roommates — Meg (Cathy Shim), her game-for-anything confidante since junior high, and Holly (Jennifer Pfalzgraff), a janitor and amateur ventriloquist — and her probation officer (Terence Bernie Hines). Ruth’s only creative outlet is playing her cello in the background of a series of popular YouTube videos featuring Errol (Steve Briscoe), an egotistical ventriloquist. Ever the opportunist and desperate for money, Ruth finds herself in a position to “steal” the body of President James Buchanan (René Auberjonois). Hoping to ransom him for a nice windfall, Ruth is chagrined to discover that no one seems particularly interested in getting him back.