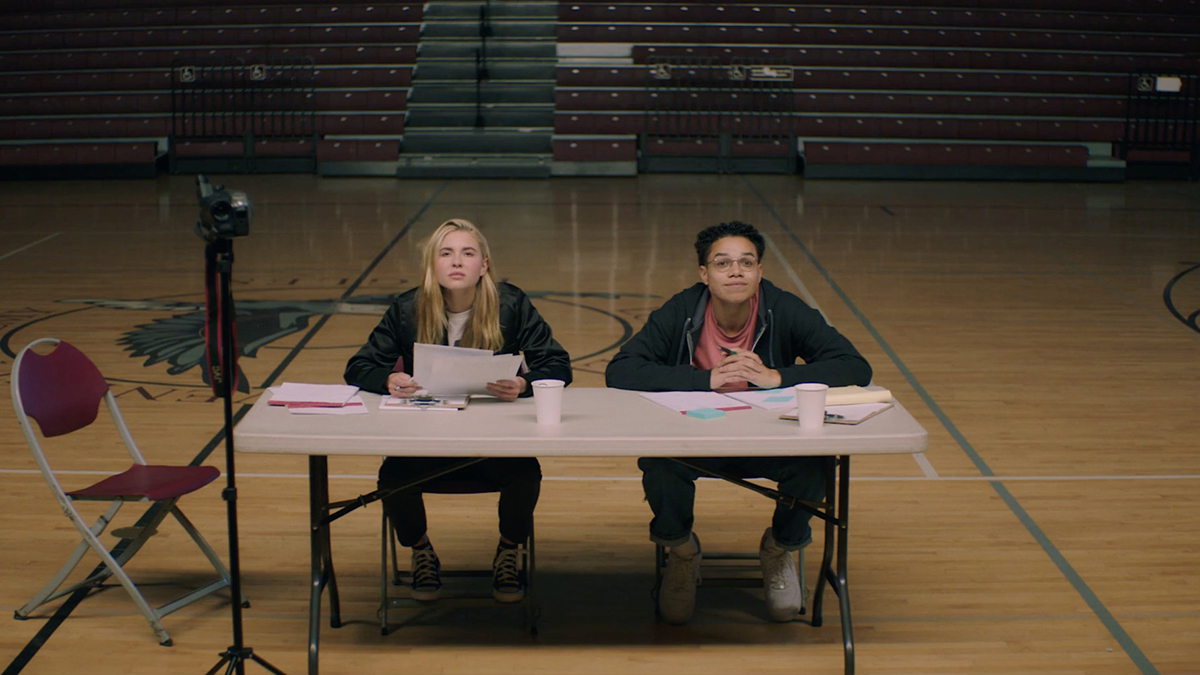 "The Moon & Back" is a lighthearted coming-of-age dramedy whose director, Lech Bleich, was selected as one of five filmmakers selected for "The Six Feet Apart Experiment," a groundbreaking filmmaking competition from Wayfarer Studios. One year after her father's death, high-school senior Lydia Gilbert feels completely lost until she discovers something quite unexpected: "Space Chronicles," the screenplay for a $200 million-plus space opera that was written long ago by her late father. Equipped with just a VHS camera, zero filmmaking knowledge, some pocket change, and a nerdy guy pal she coerces into helping with her grand plans, Lydia decides to make this script a reality. The project quickly becomes much bigger than she thought it would be. Things begin to unravel as the would-be young director juggles the film, her relationship with her supremely patient mother (Missi Pyle), and an eager guidance counselor who tries to help with her ambitious college-admission plans, which hinge in part on the outcome of the chaotic film project. This film is part of the New Filmmakers Forum Emerging Directors competition.