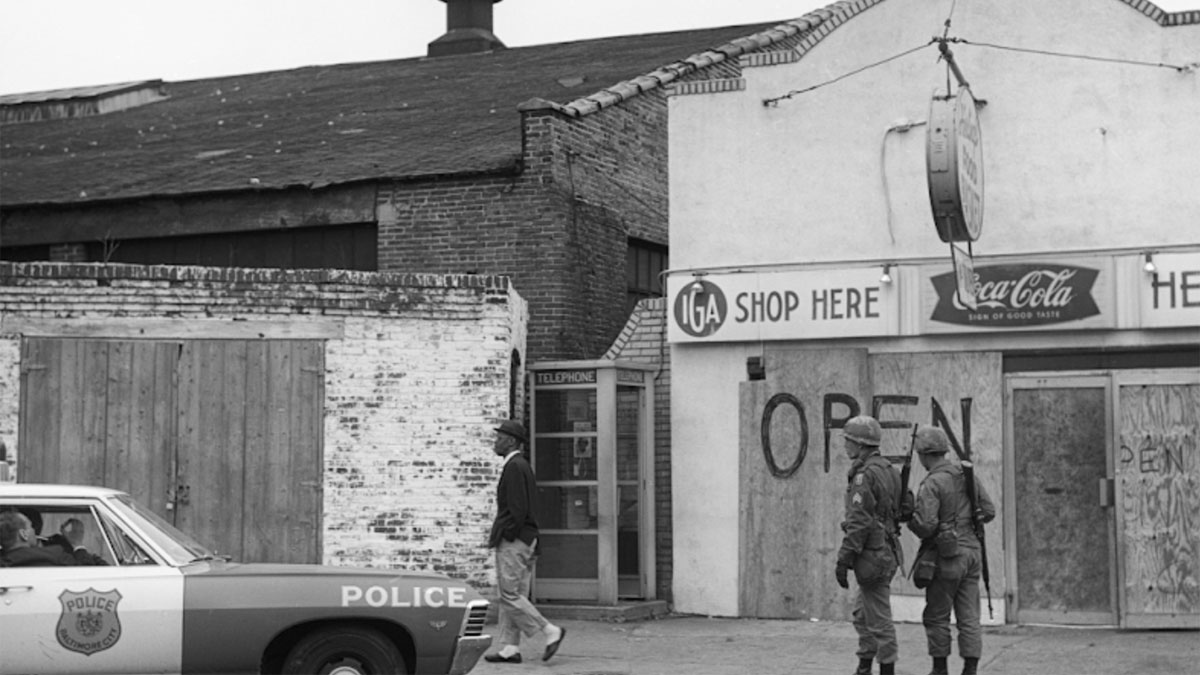 Sabrina Bouarour's “Lights of Baltimore” tells the story of the war of images surrounding Baltimore in the aftermath of Freddie Gray’s death at the hands of the police in 2015 — images produced by factions fighting for the heart of one of America’s greatest and most troubled cities. Baltimore is America in microcosm: a place of rich history, vibrant art, and  deep divides. The printed words and images of Baltimore’s history have shaped its present, and the social media and videos that prevail today will shape its future. The film does a particularly admirable job of unpacking the complexity of Baltimore, deftly providing the larger context by delving deeply into both the past and the present. “Lights of Baltimore” excels in exploring the bigger picture: the development of policing in Baltimore, early red-lining practices, the eruption of anger after the assassination of MLK, and the planned disinvestment in Black communities over many decades. Perhaps most importantly, the film doesn’t focus exclusively on poverty and the police sirens but also features footage of lived life in the community, with its engaged members taking cooperative action. "Lights of Baltimore" is co-produced by former St. Louisan Beau Willimon ("House of Cards," "Ides of March").

Watch for Free
Available in the U.S.