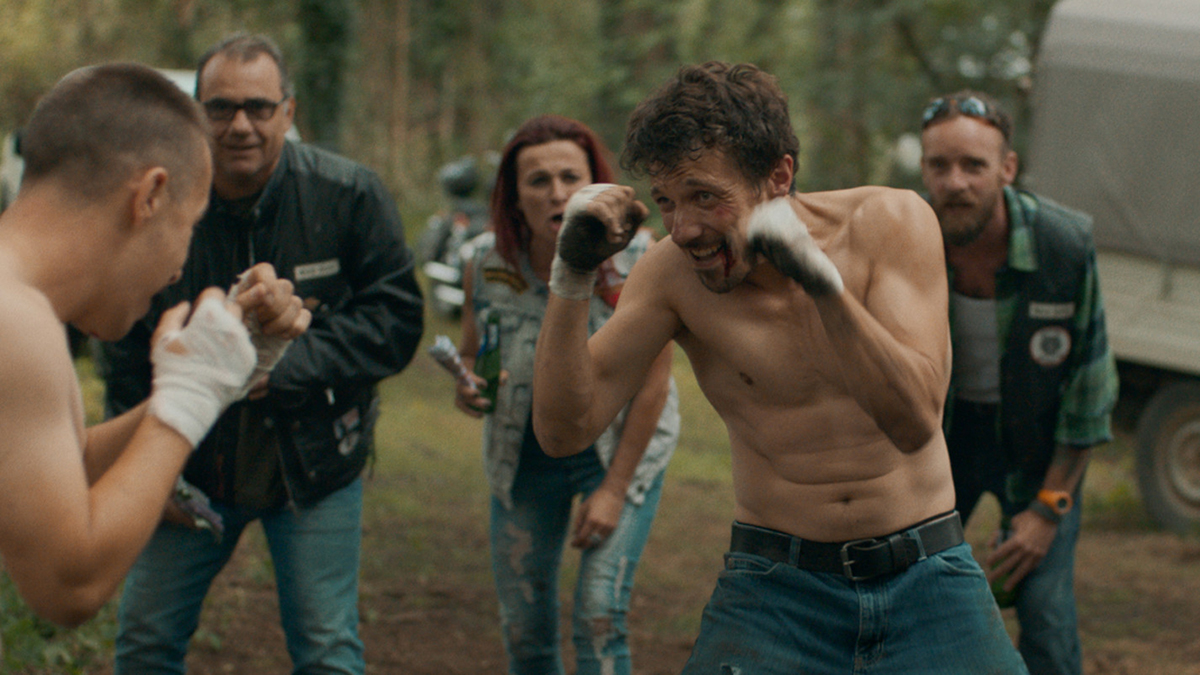 In a picturesque small town in rural France, Alex is a former professional boxer who lives quietly as a worker for a concrete materials company. Late one night, chased by armed men, his twin sister bangs on his door with an African migrant and his young daughter in tow. Alex is conflicted due to legal troubles from similar situations in the past but reluctantly agrees to help to hide them, unaware that they are keenly sought by both the police and some local gangsters. Under great financial strain due to an ailing father and intense pressure from the head of the criminal gang he detests, Alex finds himself in an unwinnable spiral with no choice but to start competing once more in illegal, fixed boxing matches to earn money for his father and to keep the migrant family safe. This gritty, powerful film adeptly juxtaposes the striking beauty of the rural area where Alex lives with the harshness of the plant where he works and the forced brutality of the violence he must now navigate.