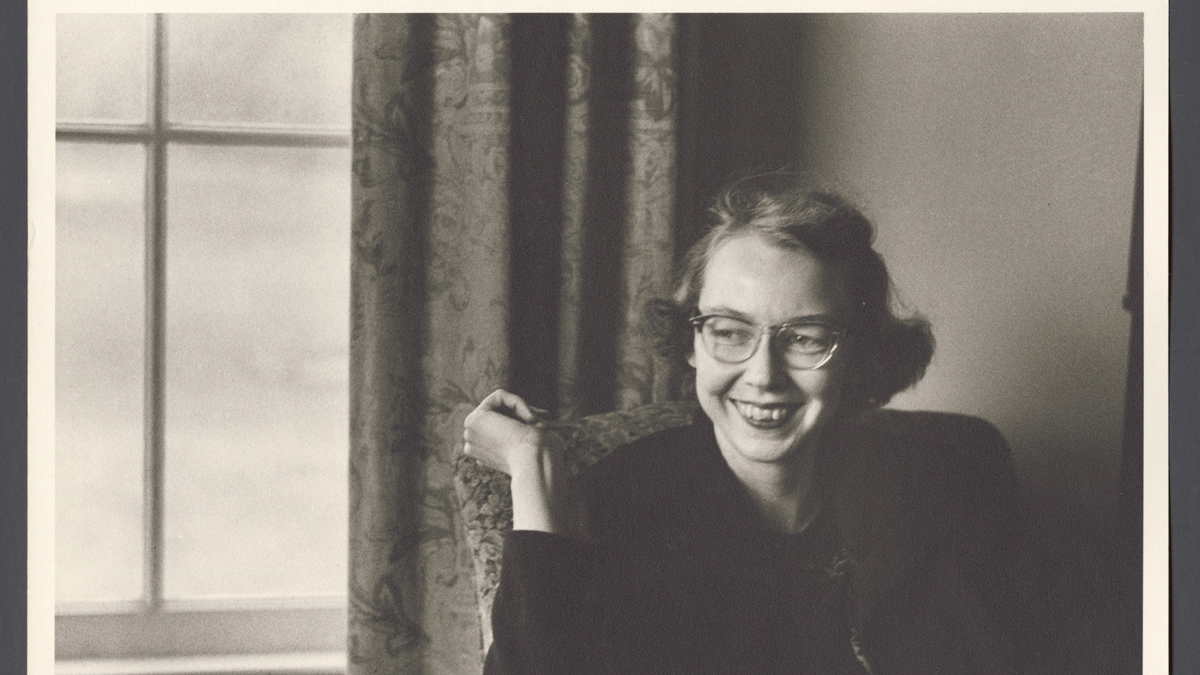 Winner of the first-ever Library of Congress/Lavine/Ken Burns Prize for Film, “Flannery” is a lyrical, intimate exploration of the life and work of author Flannery O’Connor, whose distinctive Southern Gothic style influenced a generation of artists and activists. With her family home at Andalusia (the Georgia farm where she grew up and later wrote her best-known work) as a backdrop, a picture of the woman behind her sharply aware, starkly redemptive style comes into focus. “Flannery” features interviews with both those who knew her and those inspired by her, including Sally Fitzgerald, Mary Karr, Tommy Lee Jones, Alice Walker, Hilton Als, Mary Gordon, and Alice McDermott. Employing never-before-seen archival footage, newly discovered personal letters, O’Connor’s own published words (read by Mary Steenburgen), and striking animation, “Flannery” offers a revealing examination of an American literary icon. The film is co-directed by a former St. Louisan, the Jesuit priest and literary scholar Mark Bosco.

With support from Vincent Casaregola, in honor of James Scott