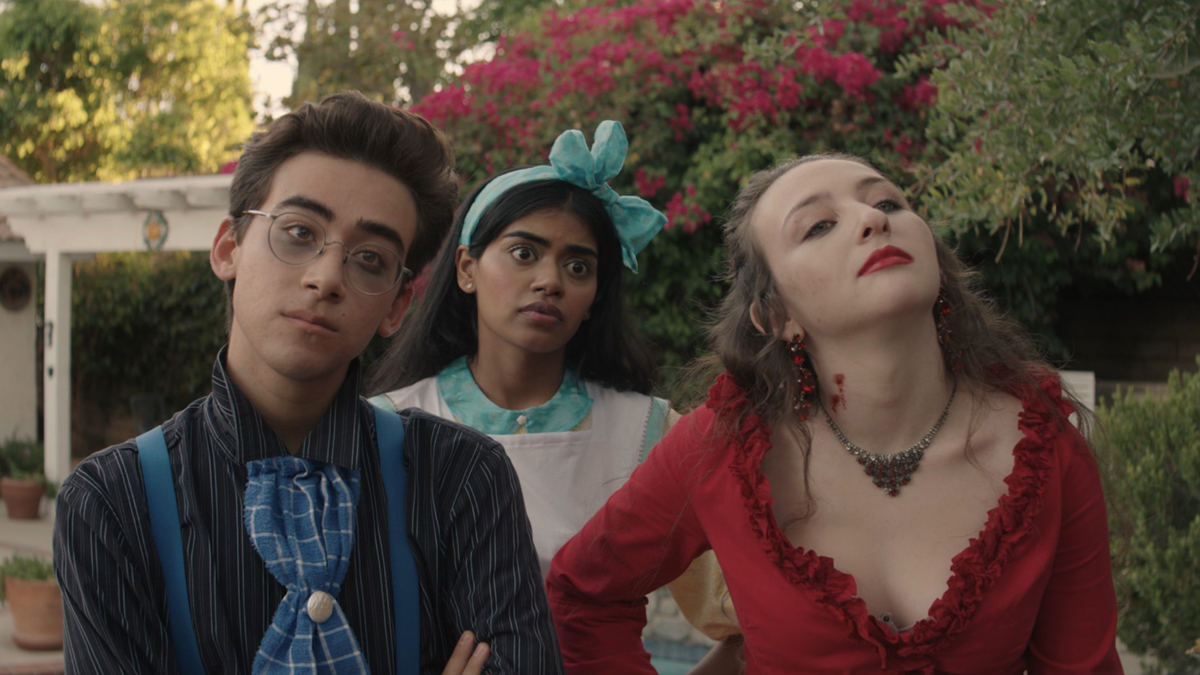 Cue the drama! It’s summer 1994, and a group of conservative, nerdy teens throw their final murder-mystery party before heading off to college, but an unexpected visit by a rebel during the game makes them question their readiness for the “real world” to come. At the center of the group is Gene, who wants to come out as gay to his best friends before they leave but is terrified of the changes that revelation may bring. Jonathan Wysocki’s debut feature film is a love letter to drama nerds, late bloomers, and the intense friendships of youth. Reviewing the film at its premiere, the Queer Review writes: “‘Dramarama’ was one of my most-anticipated titles at this year’s Outfest, because I grew up a drama kid, exactly the sort of closeted theater geek that Gene is, desperate to tell my friends who I was before it was too late. I am happy to report that ‘Dramarama’ is everything I hoped it would be and more. ‘Dramarama’ makes one choice that sets it apart from the ‘Love, Simon’ and ‘Alex Strangeloves’ of the world, one that makes this coming-out-of-age film ring much truer to my own personal experience than any teen film I think I’ve ever seen. For a certain subset of what Wysocki calls ‘the nerds and late bloomers,’ ‘Dramarama’ has the potential to be a cult classic.”