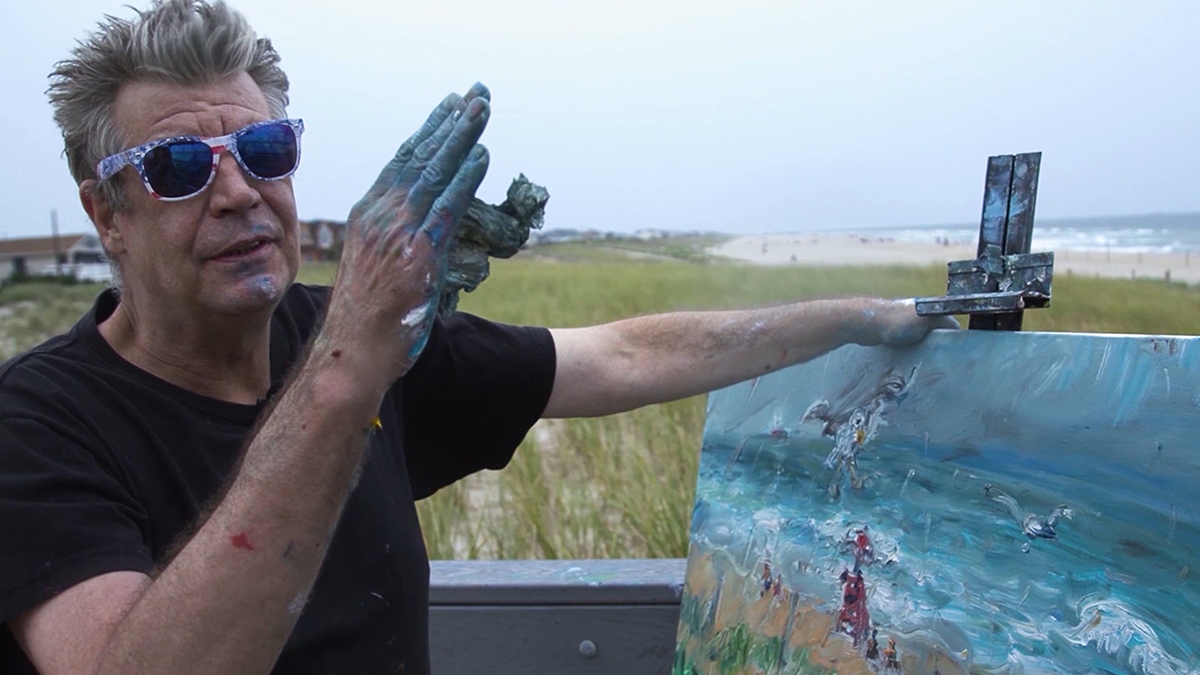 “Into the Light” profiles painter Chuck Connelly, who received serious critical and commercial attention in the 1980s and 1990s as a key figure among the New York-based Neo-expressionists, before his alcoholism and general obstreperousness damaged both his life and career. The film serves as a complement of sorts to an earlier documentary, “The Art of Failure: Chuck Connelly Not for Sale,” which aired on HBO in 2008, when the artist was arguably at his nadir. Now sober and in his mid-60s, Connelly is no less difficult in his personality, and he’s essentially sealed himself off in his Philadelphia home, a generous space that is packed to the rafters with his ever-accumulating work — numbering more than 5,000 — which he continues to churn out compulsively. But the film eventually becomes a record of his reluctant reentry into society, with the filmmaker coaxing Connelly first into his backyard and eventually into the wider world. The doc provides the general biographical details of Connelly’s life, including the perspectives of sympathetic but frustrated gallerists and curators who lament his persistent unwillingness to compromise his principles and practices, but it keeps a tight focus on the artist, whose dyspeptic commentary is often self-justifying but also provocative and perceptive. The film does a wonderfully effective job of presenting a significant number of Connelly’s stylistically diverse paintings, and it revealingly shows him engaged in the act of creation. Connelly was the model for Nick Nolte’s character in Scorsese’s “Life Lessons” — he also served as the short’s consultant — and the creative vitality that film so wonderfully captures is still abundantly evident as the artist works on his current paintings.