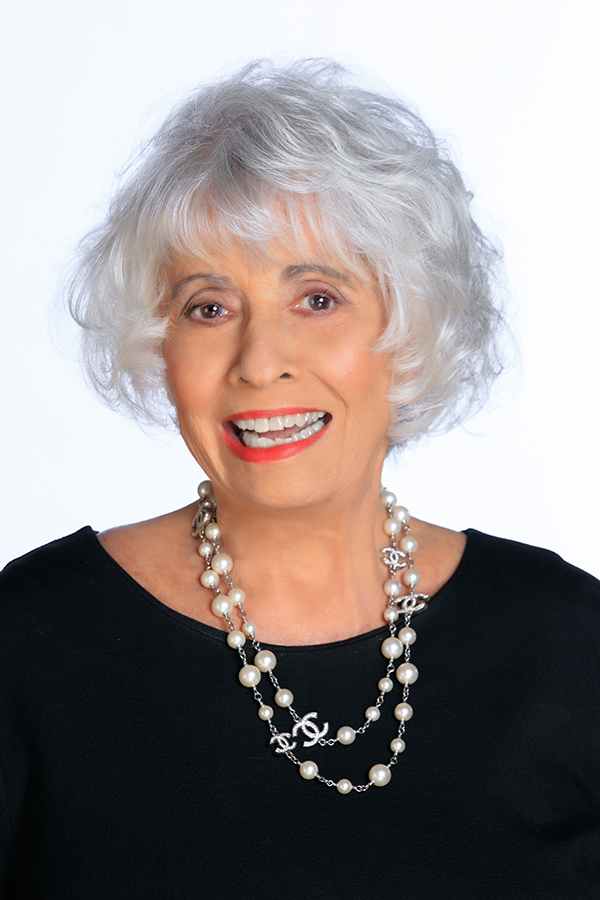 SLIFF honors philanthropist Mary Strauss with a Lifetime Achievement Award at this tribute program on the fest’s final day. St. Louisans are certainly familiar with Mary’s many accomplishments — such as the restoration of the Fox Theatre — and acts of civic generosity, but she’s also been a major figure in the history of Cinema St. Louis. Mary has been an essential supporter of the festival almost since its inception, serving on the board — including as chair — for five critical years during SLIFF’s first decade. Mary not only provided key financial and governance help as the fest navigated its early days, she — and others she recruited — also programmed SLIFF for several years in the 1990s, before a full-time professional staff was hired. Among the highlights of Mary’s time at the helm was a tribute to Tony Curtis — SLIFF’s first major guest — and an ambitious stream of programming  called “A Separate Cinema,” which highlighted the underappreciated contributions of Black filmmakers to film history. After leaving the board, Mary continued her support of SLIFF by underwriting our documentary programming — for 20 years and counting — and making contributions to enable the hugely successful Vincentennial event in 2011 and special focuses on fashion and dance at the fest. The program will feature a video tribute to Mary from many who know her best, a video interview with Mary, some live musical entertainment, and appreciations from Cinema St. Louis staff members. After the presentation of the Lifetime Achievement Award to Mary, there will be an intermission, and at 5 pm her favorite film, “Sunset Boulevard,” will screen. Attendees of the tribute can stay for the film, of course, but we’ll also welcome other audience members to join us for the free screening.

The music for the event will be provided by singer Liz Zempel and accompanist Steve Neale. Liz found her love of song early, under the musical influence of her mom. She performed in many musicals during high school and college and has been singing in rock bands, cabaret trios, and other vocal groups ever since. Liz sang for many years in the St. Margaret of Scotland Choir and more recently sits in when she can with the Skylark Brothers. Her chosen profession is as a funeral director and celebrant. Steve is an award-winning composer, conductor, and pianist. With a degree in film scoring from the Berklee College of Music, he has written and produced music for film, video games, and live theater around the country. Steve directs the renowned choir at St. Margaret of Scotland Parish, is adjunct faculty in the Leigh Gerdine Conservatory of Music at Webster University, sings in the a cappella Celtic group the Wee Heavies, and has music-directed and done sound design for many local and national theater companies.

Help sustain Mary's love of film with a gift to the
Mary Strauss Documentary Spotlight Endowed Fund.
Event tickets, sponsorships, and endowed gifts can also be made by
contacting Bree Maniscalo at 314-289-4154.