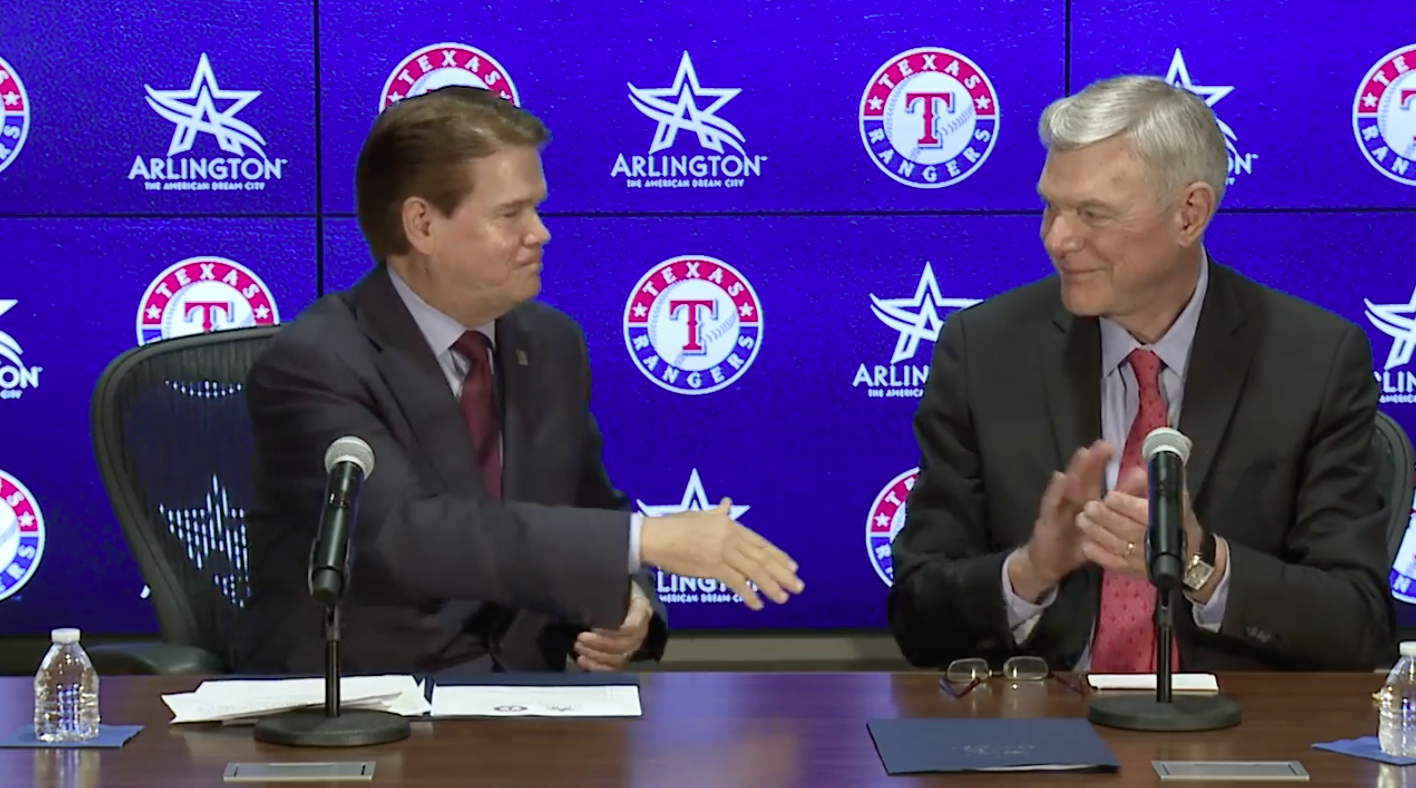 Throw a Billion Dollars from the Helicopter

“Throw a Billion Dollars from the Helicopter” provocatively examines public financing of sports stadiums and arenas, a topic especially relevant to St. Louis, whose domed stadium downtown currently sits empty, abandoned by the carpetbagging Rams after they extracted a vast amount of public money. The film primarily focuses on the fight to prevent a half-billion dollars in Arlington public funding being given to the Texas Rangers to build a swanky new stadium with a retractable roof — despite the perfectly viable (and much admired) stadium that was also built with public dollars only 28 years before. The documentary expands beyond Arlington — which similarly threw $350 million at the Cowboys to lure them away from Irving — by exploring other cities and their stadium boondoggles, with an array of economists giving testimony to why such projects are terrible public investments and amount to simple giveaways to billionaires. A component of the Arlington project is an appended entertainment complex similar to Ballpark Village here in St. Louis, and the film devotes a significant sequence to the devastating effect that Ballpark Village has had on competing bars and restaurants in the downtown area.