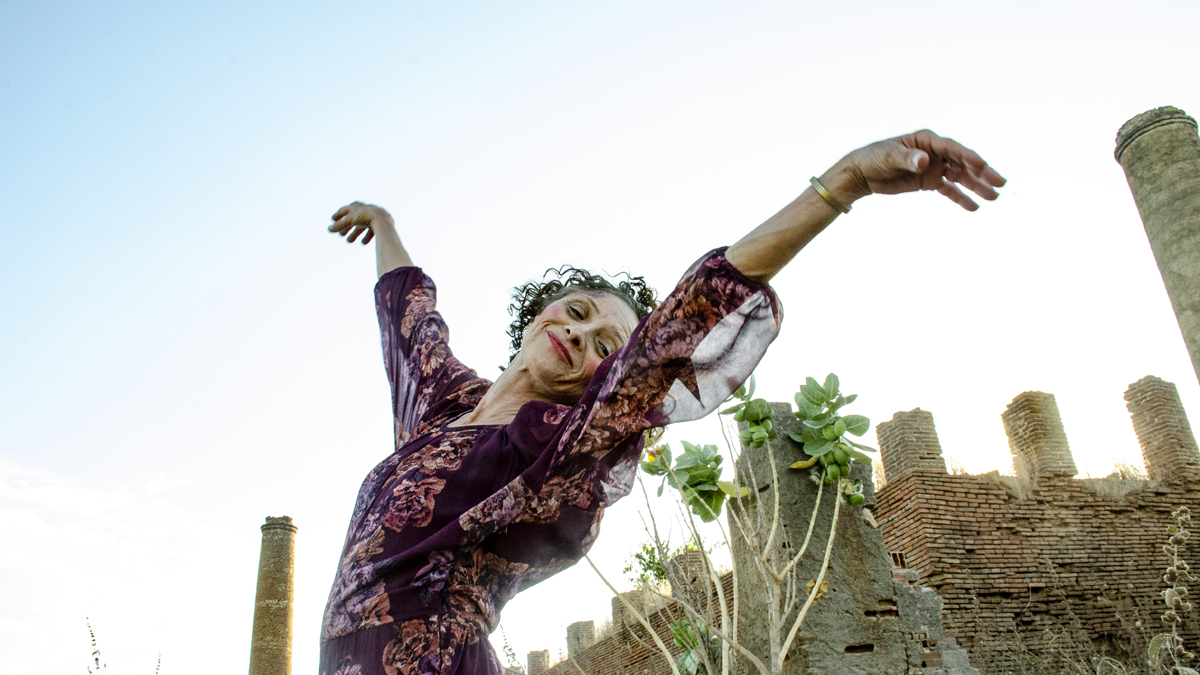 Russas, a small town in northeastern Brazil, is the home of Pacarrete, a grumpy retired dance teacher who lives with her sister and a domestic servant who is as slow and old as the siblings. Strict and surly, Pacarrete spends most days cleaning the sidewalk in front of their apartment and fighting with whoever crosses her path.  But she nurtures a dream of starring in a new ballet during the city’s big annual party, which is imminent. To that end, Pacarrete optimistically orders a new ballet outfit to be made and endeavors to convince city hall to include her dance spectacle as part of the proceedings. However, the public’s profound lack of interest in such performances proves a major obstacle. The Hollywood Reporter writes: “An opening title proclaims this is based on a true story, which may account for the filmmaker’s obvious affection for his batty but utterly understandable heroine. Though her story is set near Fortaleza, the film is as set-bound as a 1930s musical, and the tech work pulls together a very special atmosphere of a genteel old Brazil that lingers on in a crass new world. Fred Silveira’s score and unexpected song choices are spot on and Christiana Garrido's costumes for Pacarrete are a delight, especially some spectacular tutus.”