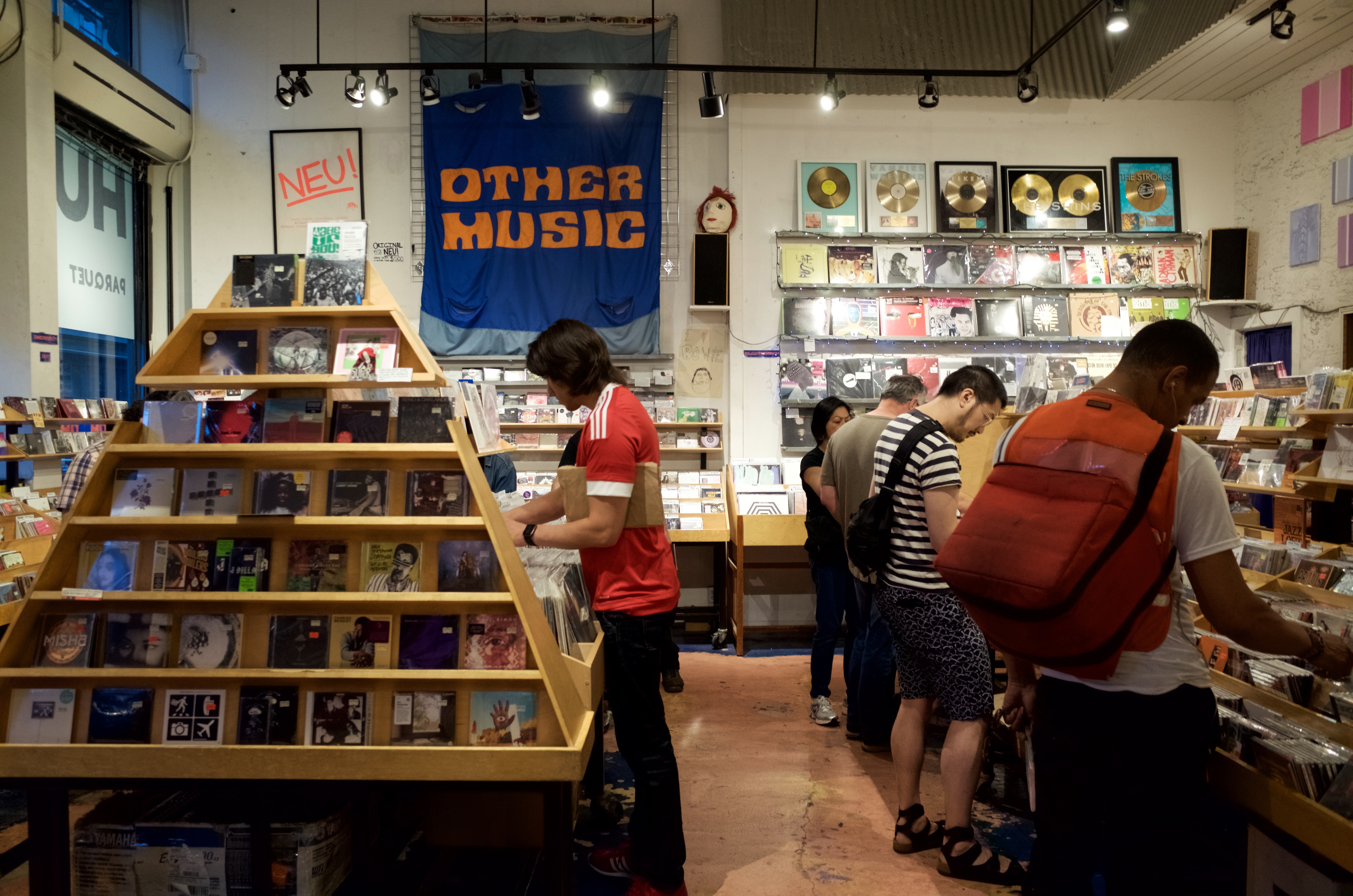 “Other Music” provides a highly entertaining tribute to/eulogy for Other Music, a much-loved NYC indie record store that evolved out of another legendary institution, Kim’s Video. Perversely locating itself across the street from mega-store Tower Records, Other Music carved out its own quirky niche by featuring music that was hard to either categorize or find. Because of its exquisite taste, curatorial vision, and the defiantly non-commercial nature of much of what it stocked, the store was a magnet for musicians. Among those singing its praises in the doc are Regina Spektor and folks from bands such as the National, TV on the Radio, Interpol, Vampire Weekend, and Animal Collective (two members of which actually worked in the store), and a few other famous faces (Jason Schwartzman, Benicio Del Toro) also surface to give props. But the real stars of the film are its two devoted co-owners, their long-suffering and wonderfully understanding spouses, and Other Music’s absurdly knowledgeable, hyper-verbal, and often intimidating employees. The film includes excerpts from a going-away concert — among the performers are Yo La Tengo, Bill Callahan, and Yoko Ono — and features excellent archival footage of some memorable and often deliriously unhinged in-store performances.

By looking back at his great uncle's life and war photography, the filmmaker explores his own relationship with images, memory, and the devastating condition of dementia.