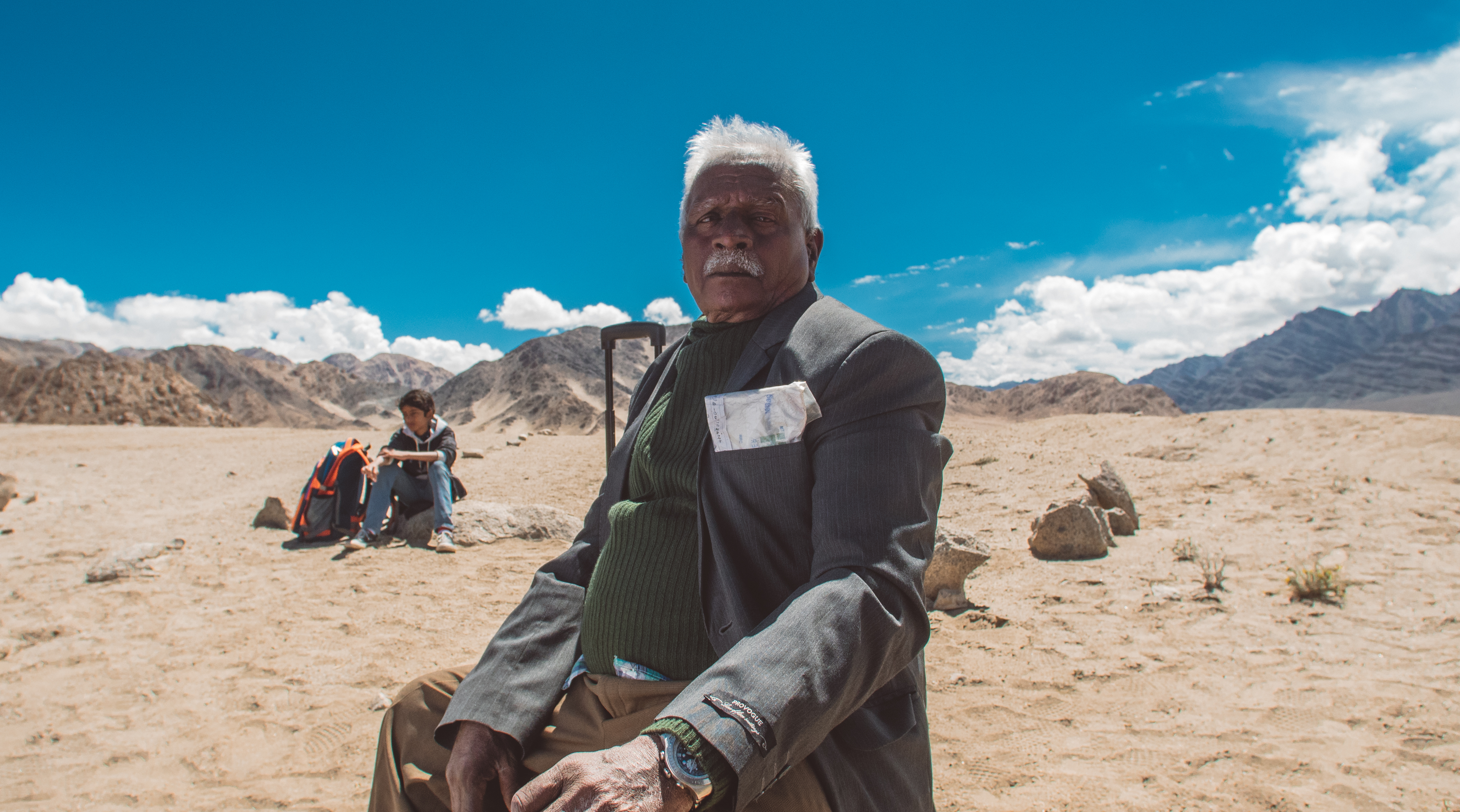 Namdev Bhau in Search of Silence

Namdev Bhau, a 65-year-old chauffeur, is tired of the noises in cacophonous Mumbai City and has completely stopped speaking. Deciding to pursue quietude even further, he abandons his chattering wife, oppressive relatives, and noisy life in the city and goes in search of Silent Valley, a fabled place high in the Himalayas whose sound level approaches zero decibels. On his journey, however, Namdev encounters the exasperating Aaliq, a 12-year-old boy on his own solo expedition, who annoyingly attaches himself to the older man and will not be shaken. The Hollywood Reporter writes: “At their height, Aaliq’s unbearable pestering and Namdev’s steadfast refusal to speak approach a grotesquely funny Chaplin or Jacques Tati routine, and one wonders how it will all end. (Director Dar) Gai’s screenplay cleverly keeps everything on the surface level of absurdity until a final revelation scene brings an unforeseeable twist.”