Master Class: Behind The Scenes (with Casting Directors, Directors, and Actors) Live Stream 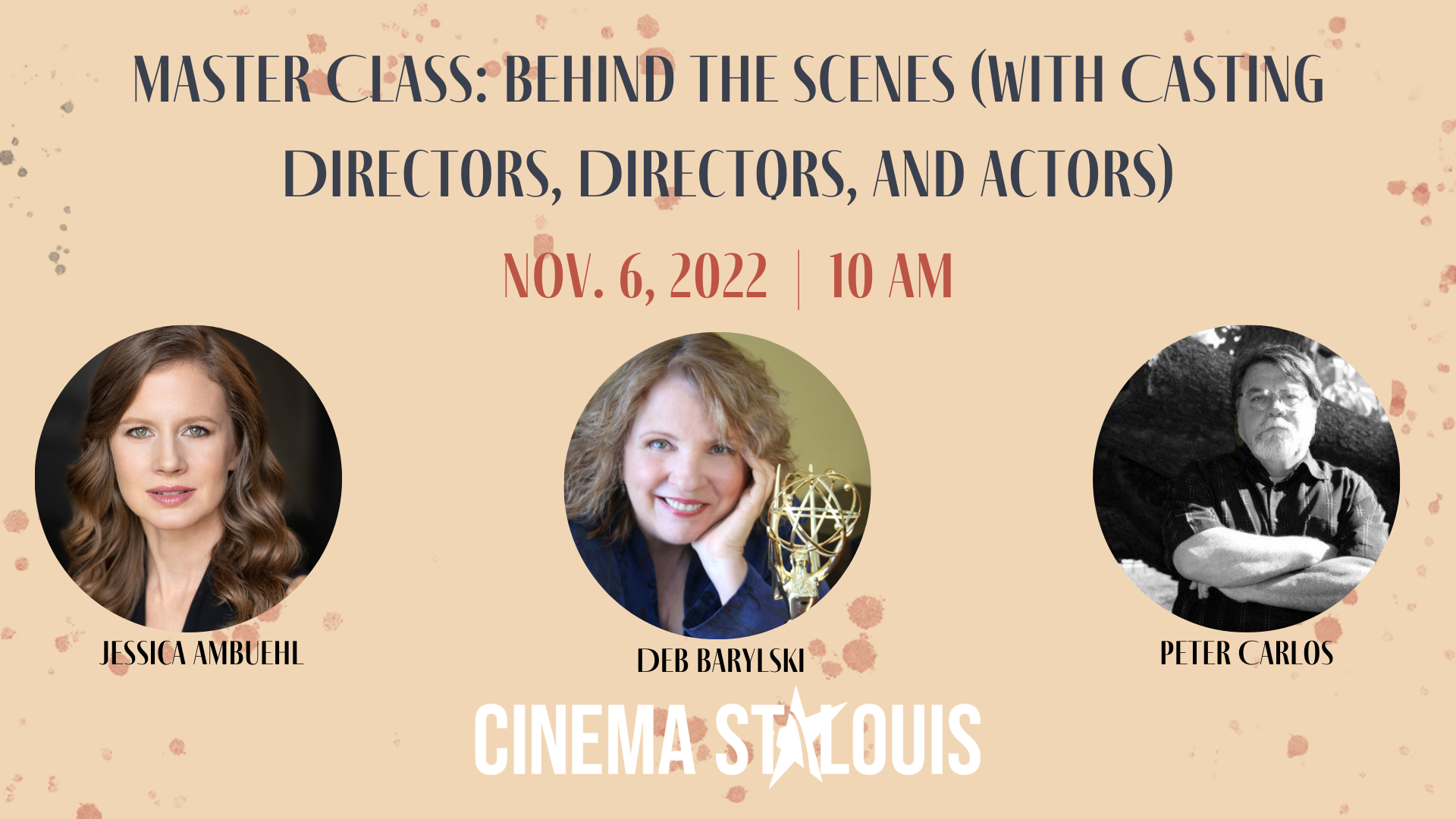 90 min
Watch for Free on Eventive

Emmy Award-winning casting director, Deb Barylski will talk briefly about a casting director’s process and the responsibility for both the director’s vision and the actor’s creativity. Award-winning writer, director, and local film professor, Peter Carlos will discuss the importance of understanding an actor’s process to easily elicit performances and build trust as well as highlight techniques for troubleshooting challenges on set. Award-winning actress Jessica Ambuehl will share how to stay prepared, create industry opportunities, and work with a director to bring a story to life.

A professional storyteller with decades of experience on both sides of the camera, Jessica brings full-rounded experience and a unique perspective to every project. She is an award-winning actress with representation from 6 agencies across 8 states. Her resume boasts over 140 gigs ranging from commercials, TV, film, voiceovers, industrials, and print work. (www.JessicaAmbuehl.com). Jessica is the owner of Under The Tree Designs, providing clients with a variety of services including producing, directing, casting, location management, and covid compliance management (www.underthetreedesigns.org). Her work behind the camera has translated to over 100 projects across several countries representing companies and nonprofits such as NBC Universal, Hayden5, GQ, Amazon, HGTV, and Turner Entertainment. But what feeds her soul most is doing photojournalism for nonprofits around the globe, donating the imagery so stories can be shared of the amazing humanitarian work being done around the world. Jessica has a Master’s Degree in Media Communication with an emphasis in Public Relations from Webster University. She is interviewed on podcasts and shows, teaches classes on branding, production, and the business side of acting, and is a virtual business coach for Reflect The Dream School.

An Emmy award-winning casting director, Deb's 35-year career has reached worldwide audiences. Her most recent credits include THE MIDDLE, ARRESTED DEVELOPMENT (for which she won the Emmy), LIFE WITH BONNIE, STILL STANDING, HOME IMPROVEMENT, and JUST SHOOT ME to just name a few. Although she has extensively cast for film and TV, her first love is the theatre, which led to directing plays in Michigan, Illinois, California, and Alaska. Her last directing endeavor of SOLACE by Jake Jay Clark garnered three L.A. Weekly Award nominations including, Best Direction, Best Original Play, and Best Ensemble. Parallel to her casting experience, she has taught acting classes for camera for innumerable programs, colleges, and universities around the nation and Canada. The course topics cover acting for the camera, cold reading, and auditioning. Deb holds professional memberships in the Casting Society of America and the Academy of Television Arts and Sciences and was a member of the American Theatre Association for twenty-five years. She holds a B.A. in theatre from Southern Illinois University at Edwardsville and a MA in directing and theatre management from Illinois State University at Normal . . . and has been inducted to the “Hall of Fame” at both Alma Maters.

An award-winning writer and director, Peter has a resume that spans decades through Holllywood and beyond. He was chosen in 2002 as one of the Top 100 Multimedia Producers in America by AV Video Magazine. Peter has worked in film and television as a freelance producer, director, writer, and editor with countless projects winning awards and being shown to audiences in film festivals across the globe from St. Louis to Philadelphia, Belarus to Turkey, and Venice to Tokyo. He has taught courses in directing, cinema as art, TV production, scriptwriting, film history, and communications to students at all university levels and was a fellow film lecturer at the Institut American Universitaire in Aix-en-Provence (France). He received his MA in Writing from Middlebury College’s Bread Loaf Graduate School of English in Vermont and his MFA in Digital Cinema Arts from Lindenwood University. Film professor Carlos was honored by Lindenwood University with its Service Award for 2012-2013. Peter has won two St. Louis Emmys for a Television Spot as well as Corporate Programming and was selected in 2021 to be part of the Sundance Collab Workshop "Screenwriting: Crafting Your Horror Feature" from which he plans to start production on his next feature film in St. Louis in Fall 2023.