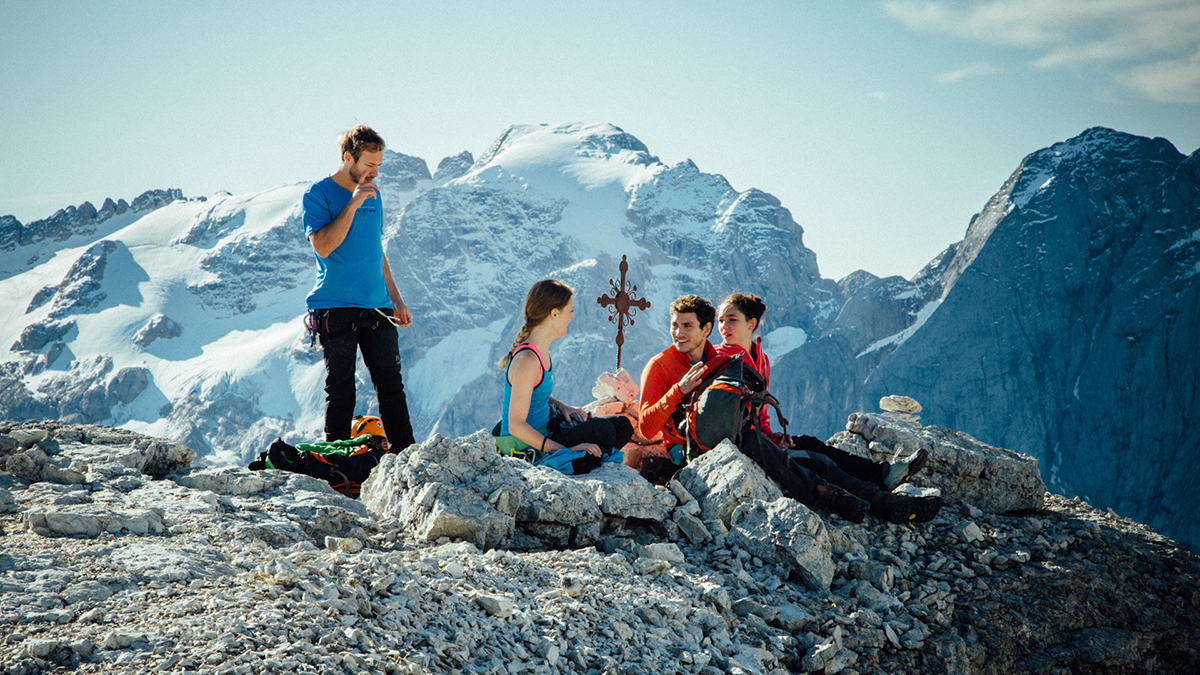 Telling a straightforward story in an intriguingly nonlinear fashion, “Atlas” follows Allegra, a lively young woman with a passion for high-mountain climbing, as she attempts to recover from a devastating event. Allegra — played by Italian actress Matilda De Angelis, who recently co-starred with Nicole Kidman in the HBO miniseries “The Undoing” — travels to Morocco to climb in the Atlas Mountains, but her trip ends abruptly when a man explodes a bomb in a coffee shop and her three friends die in the attack. Months later, unable to overcome the trauma, she returns to her city, where an encounter with Arad, a young Muslim refugee, forces Allegra to confront her fears and altered perception of reality and to heal her profound interior wounds. Cineuropa writes: “Swiss director (Niccolò Castelli) sets himself the goal of expressing, through images (sophisticated and elegant, thanks to the photography of Pietro Zuercher), the horror of an experience from which no one comes out unscathed. From this perspective, the trauma experienced by Allegra becomes a metaphor for a collective and social fear that has infiltrated our (privileged) society, robbing us of a tranquility that we thought was eternal.”