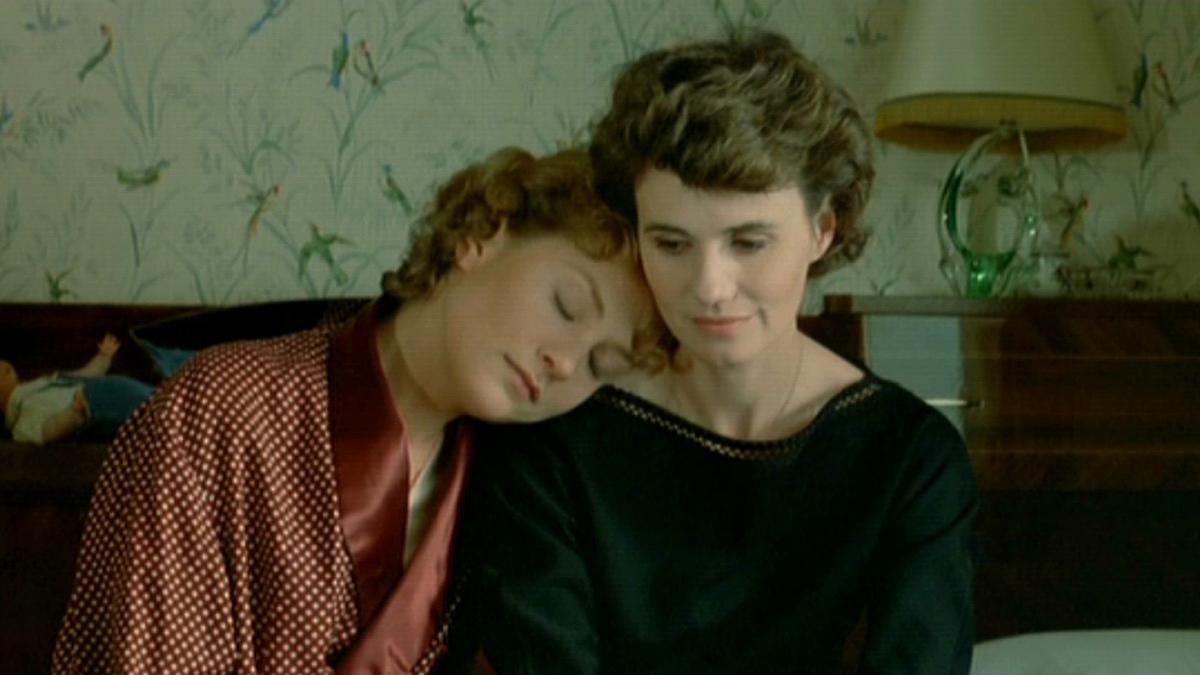 An episodic chronicle of the painful dissolution of her parents’ relationship — and the woman who precipitates it — Diane Kury’s “Entre Nous” is intelligent and subtly compelling, a bittersweet remembrance of difficult times and enduring friendship. Although structured in the loose, fragmentary style of Kury’s previous “Peppermint Soda,” the film is darker in tone, richer in characterization, and charged with a subdued eroticism. Tracing the parallel downward curves of two marriages, “Entre Nous” delicately explores the wives’ sustaining interrelationship, their mutual strength and resolve. Miou-Miou and Isabelle Huppert, who play nascent ’50s feminists longing for a freedom they never fully articulate, are devastating, their character’s frustration and hopeful dreams visible in pained eyes and small gestures of entreaty. Vincent Canby in the New York Times writes: “‘Entre Nous’ is not a movie-as-short story. It’s a novel-sized film, the kind that is so perfectly realized in vivid incidents that, not until the end does one realize how big it is and how effortlessly it has covered so much social and psychological territory.” “Entre Nous” was nominated for the Best Foreign Language Film Oscar.

With an introduction and post-film discussion by Colin Burnett, associate professor of Film & Media Studies at Washington U. and author of “The Invention of Robert Bresson: The Auteur and His Market.”