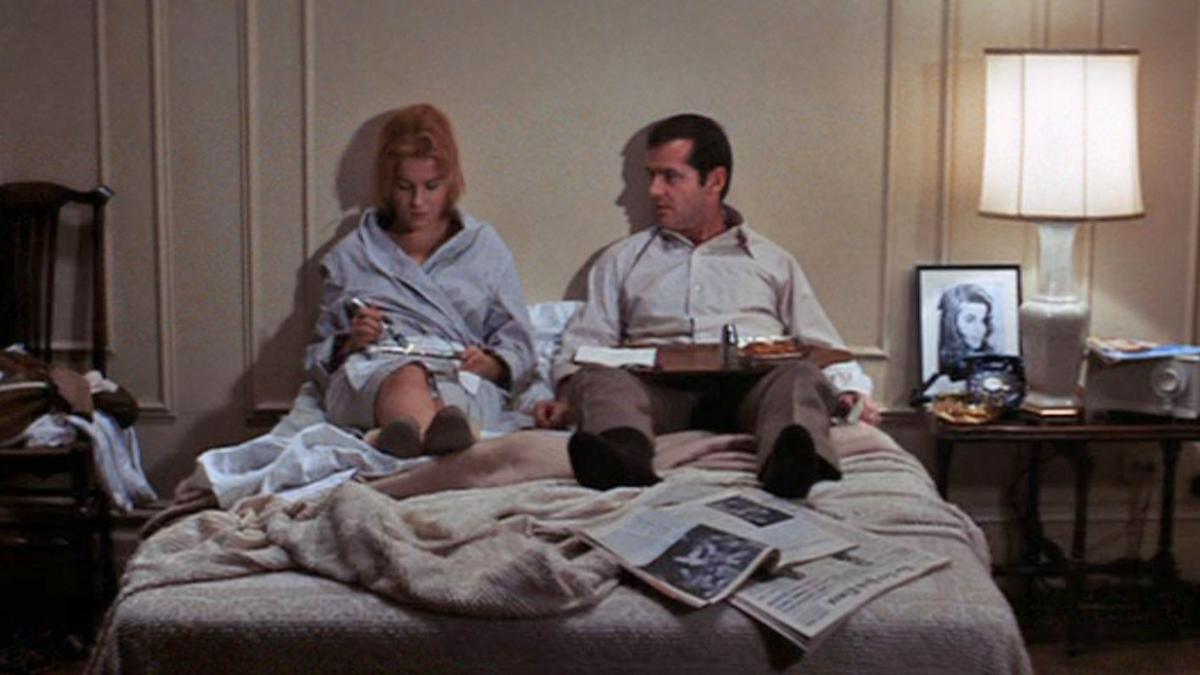 In this bleakly funny collaboration between director Mike Nichols (“Who’s Afraid of Virginia Woolf,” “The Graduate”) and screenwriter Jules Feiffer (whose play “Little Murders” was also adapted for the screen in 1971), nice guy Sandy (singer Art Garfunkel) and charming schemer Jonathan (Jack Nicholson) meet as college roommates in the late 1940s. Sandy woos and eventually marries the sweetly virginal Susan (Candice Bergen) without knowing that she had cheated on him with Jonathan. Years later, his marriage faltering, Sandy attempts to mimic Jonathan’s promiscuous womanizing, while the misogynistic Jonathan finally tries his hand at monogamy with the gorgeous but emotionally needy Bobbie (Ann-Margret).

Intro and discussion by Mark Harris, author of “Mike Nichols: A Life,” “Five Came Back: A Story of Hollywood and the Second World War,” and “Pictures at a Revolution: Five Movies and the Birth of the New Hollywood,” and former columnist and executive editor of Entertainment Weekly. To order a signed copy of Harris' "Mike Nichols: A Life" from Left Bank Books, click here.